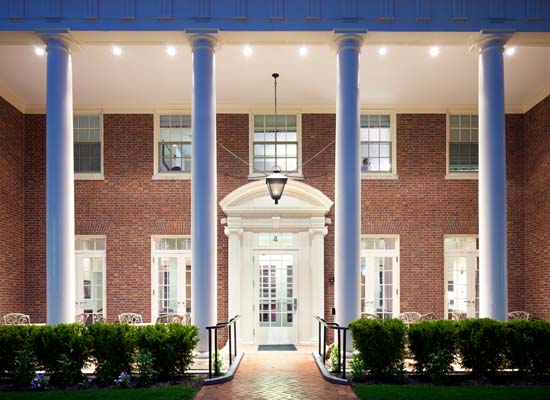 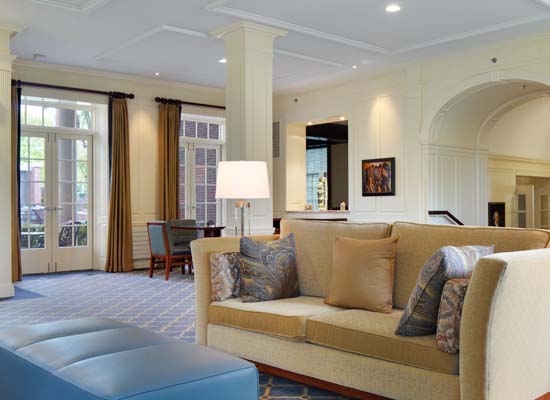 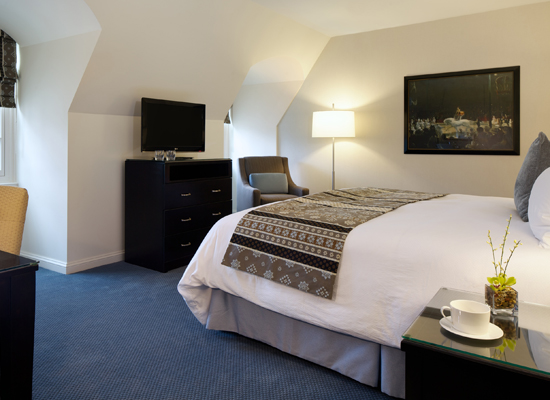 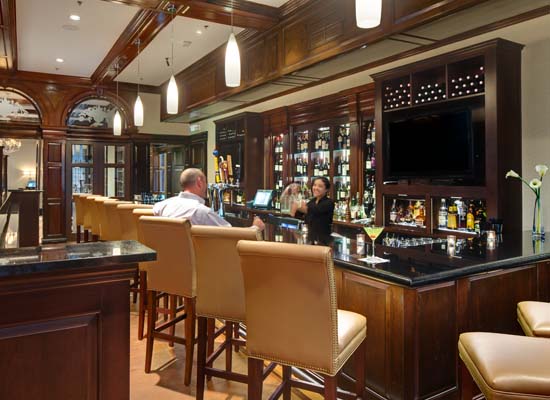 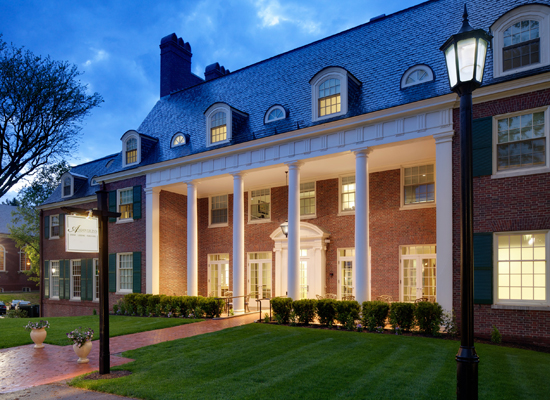 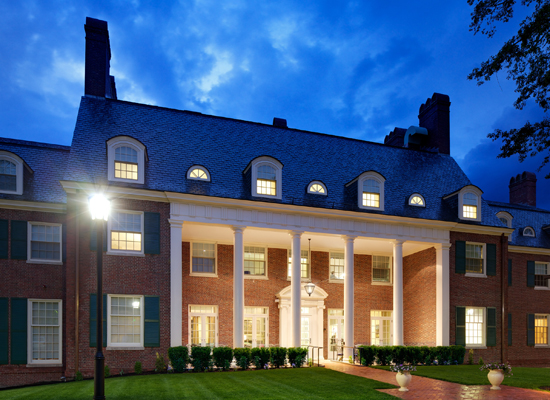 Recently, Ed Wonsek and I visited the Andover Inn at Phillips Academy.  Arrowstreet designed the renovation of this 1920’s building to create a stylish, boutique hotel with a classic feel.  The assignment was to photograph the interior and exterior of the inn for Arrowstreet’s design portfolio of hospitality projects.

Anyone who has taken part in an architectural photography assignment knows there is usually a fair amount of the unexpected that takes place on any given day– like unforeseen building maintenance, art work that hasn’t arrived, and of course, weather.

On this assignment, the forecast was mixed for the day, so we were unsure if we would be able to get any exterior shots.  Fortunately, the grounds crew had just completed a thorough mow and weeding and the weather held up for most of the day. However, the most dramatic shots, which typically are accomplished at dusk or “golden hour,” were yet to come. Sunset at this time of year is not until after 8pm, so we had a long day ahead of us.

After styling and photographing the interior, including lobby, guest rooms, bar, and restaurant, we stopped for a well-deserved break at dinner time. As the perfect dusk lighting drew closer, we noticed a rather ominous weather front moving in rapidly. At the optimal moment to head outside to set up the dusk shots, we heard a clap of thunder and lightning streaked the sky. Pouring rain quickly followed. Ed and I reluctantly determined we would need to return another day to complete the assignment.

Miraculously, the storm quickly passed, but by now it was well into the fleeting moments of sunset light. In the days of film we would have packed up and gone home, which would have been a tremendous shame because the brief moments after a storm are the holy grail of architectural photography. However, with the speed and processing power of digital capture and in the hands of an experienced team, we knew exactly how to make the most of the situation.

An electric blue sky woven with the remaining passing storm clouds created an almost surreal backdrop. The wet and glistening street surfaces revealed in front of us would have put a Hollywood movie set to shame. Planning the dusk shots earlier in the day really paid off as we quickly, but methodically, moved between shooting four final images. By bracketing upwards of five stops of exposure, we were able to keep shooting well beyond what the human eyes sees as acceptable light levels. Carefully combining the various exposures in post-processing resulted in perfectly exposed images, which up until only a few years ago, would have been impossible to achieve.

By having a good plan and an experienced team, we were able to avoid rescheduling. But most importantly, we were able to create several truly memorable images as a result of not being discouraged by, but actually embracing, “the unexpected.”