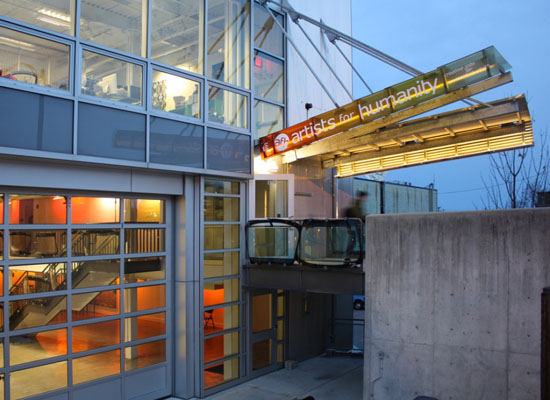 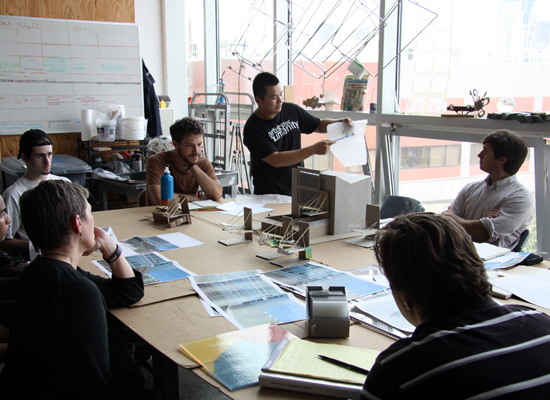 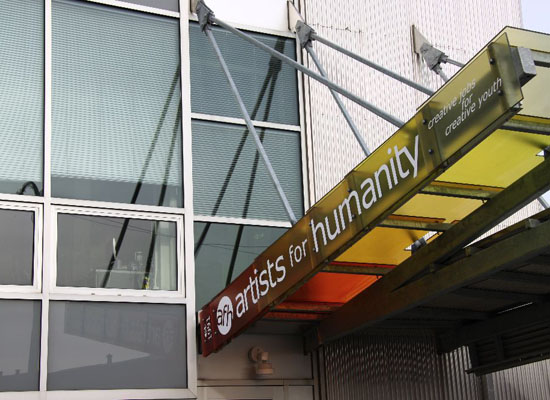 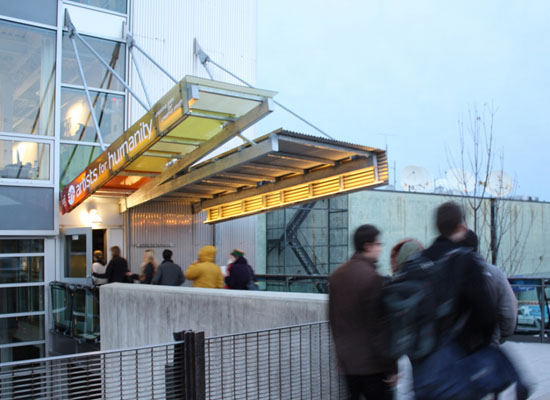 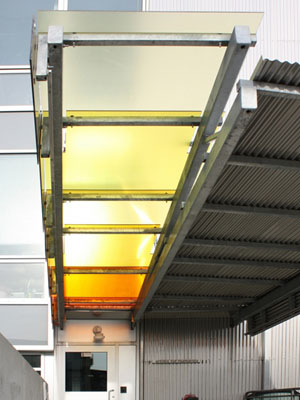 Artists for Humanity has a new entry canopy, which has just won an award from 3-Form. The original design of the building included structural points of support, but at the time of its construction there was not enough funding to build a canopy. Now, just in time for their 20th anniversary, they’ve got one, funded by the Brown Fund and design/built by the AFH students, under guidance by a group of MassArt students taught by Sam Batchelor. Pat Cornelison and I helped in the design charrettes and supported the project in various other ways.