The EpiCenter To Expand 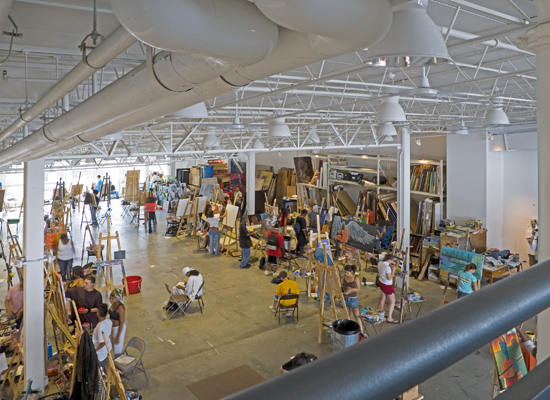 Artists for Humanity will be expanding their studio space in South Boston with the gift of land by Gillette. It’s hard to believe the EpiCenter we designed for AFH (Boston’s first LEED Platinum building) opened almost nine years ago now. They have grown to employ more than 250 teen artists. Arrowstreet has continued to work with AFH over the years, including generating ideas for how they could expand.

At a ceremony yesterday, with Mayor Menino setting the context, Gillette formally announced this gift. An expanded AFH will make yet a greater contribution to the cultural and entrepreneurial life of the City of Boston. Its location on A and West Second Street anchors the Broadway T station area of the Innovation District.

Arrowstreet has helped with the visioning of the expanded facility, which will more than double the amount of at-risk teens that can participate in their program. The preliminary plans for the facility include a cafe, retail store, and community workshop. The teens in this program are making a difference in the City and their own lives. We look forward to this dramatic evolution of the AFH and its role in the City.