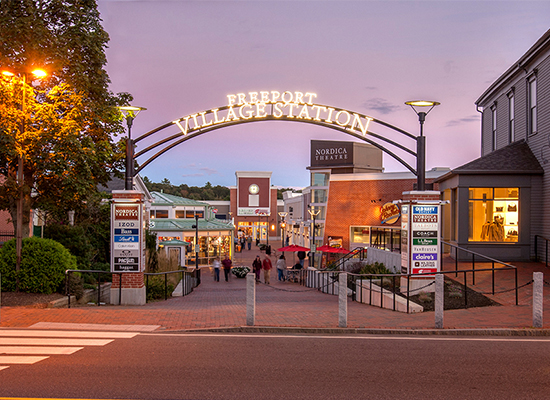 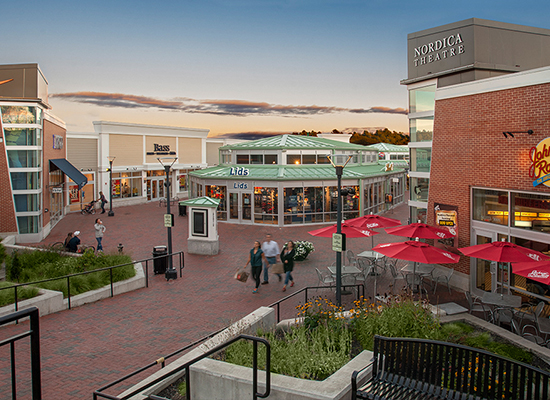 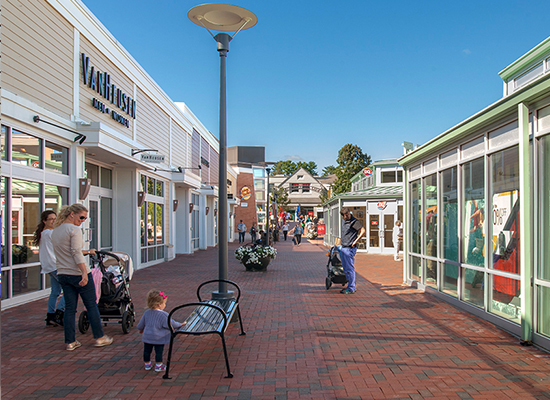 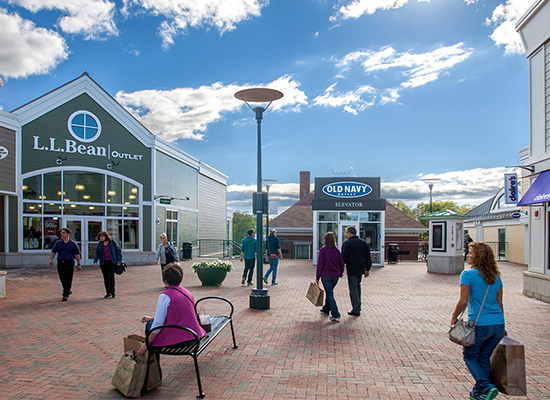 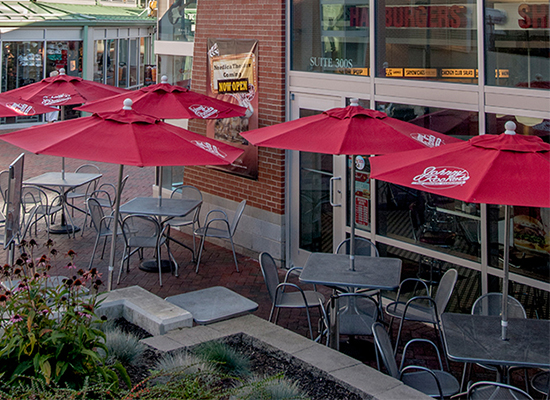 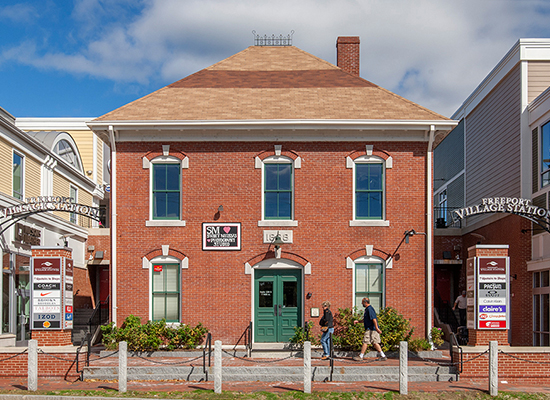 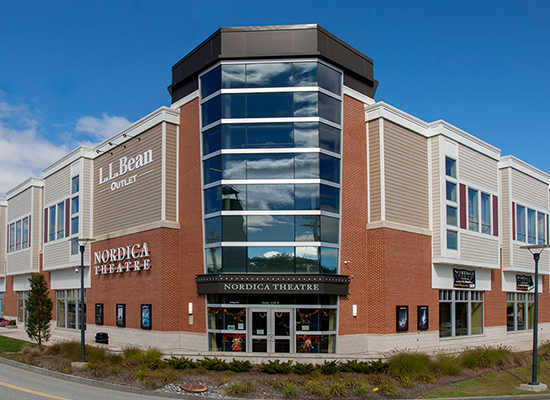 Freeport Maine has long called itself the outlet shopping capital of New England. LL Bean’s Flagship store has anchored the town for over 100 years, and the shoe store Cole Haan was built into an international success from its humble beginnings by its CEO, George Denney, a Freeport native and lifelong resident.

Visitors to Freeport have seen many changes over the years, but none as dramatic as what’s happened in the last ten – and Arrowstreet has worked alongside all of the visionary business people, city leaders, developers, and town elders to make it happen. We’ve designed buildings on LL Bean’s Flagship campus, storefronts on Main Street, and the project that’s made the biggest impact to the town, Freeport Village Station.

Freeport Village Station sits at the exact middle of the town, directly across Main Street from LL Bean. A two-level, 550 car parking garage sits underneath a 120,000 square foot retail plaza. Because of the sloping lot, the parking garage is tucked into the side of the hill, and the pedestrian-only plaza is nearly on grade with Main Street. Architecturally, the retail plaza appears as a series of smaller buildings, with bricked sidewalks and open-air seating, and the buildings incorporate the lovely clapboard and stone vernacular that is so… Freeport.

LL Bean’s Outlet Store anchors the center, which also includes tenants such as Oakley, Brooks Brothers, and Nike. After shopping, there’s always the Nordica Theater, a six screen, stadium-seating movie theater with popcorn and comfortable seating to help heal those well-worn feet after shopping all day.