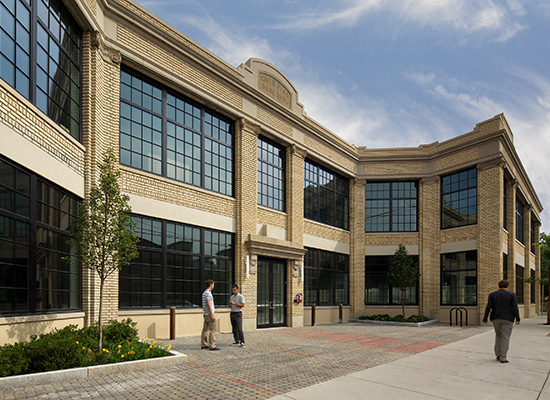 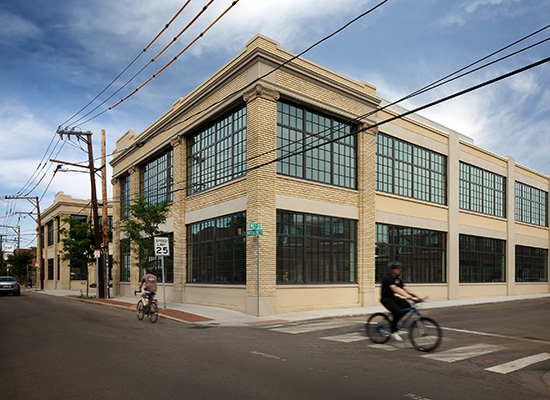 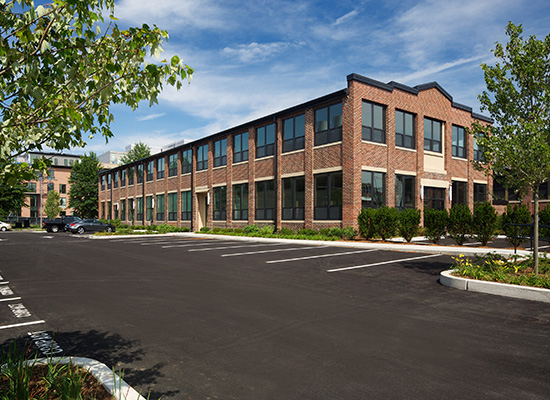 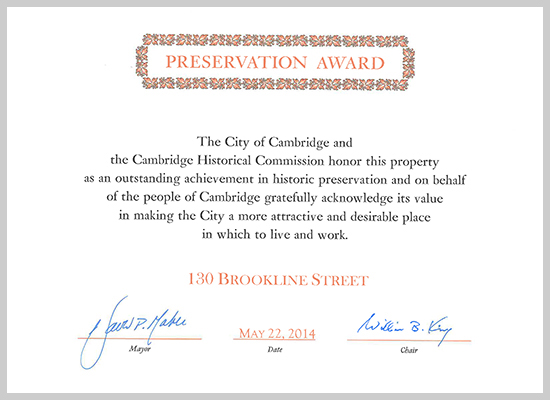 The Cambridge Historical Commission gave an award to MIT and our project team for the preservation of 130 Brookline Street, a masonry building originally built in 1927.  The awards program celebrates outstanding efforts to preserve Cambridge’s historic character and built environment.

Once known as the Chicago Auto Building, 130 Brookline had been long-neglected.  The newly renovated building now accommodates laboratory uses with new mechanical, conveyance, and electrical systems, as well as substantially reconstructed concrete floors.  The project achieved LEED Gold certification. The preservation scope included all new sashes for the generously over-sized windows (which meet historic specifications) and extensive masonry repair.  Fortuitously, it was possible to locate a new brick that is an extremely close match to the original, resulting in a high quality exterior appearance.

We are honored to be part of the project team, which includes a collaboration with Dan Winny, Architect and Walsh Brothers as the contractor.

Also positively mentioned during the awards ceremony was our team’s renovation of the neighboring 17 Tudor Street, a heavy-timber red brick, generously fenestrated building of the same vintage. The two buildings together form a small campus of MIT-owned historic buildings.

For more information on the awards program, visit http://www2.cambridgema.gov/historic/awards.html.