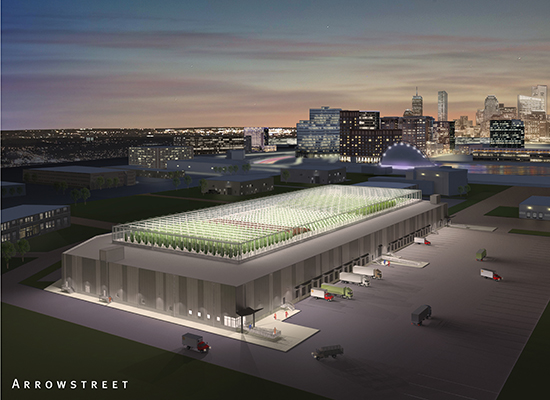 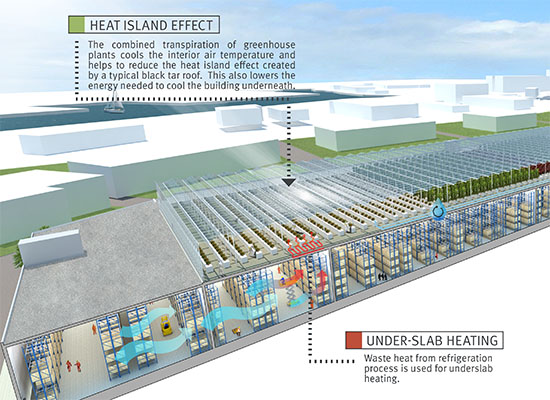 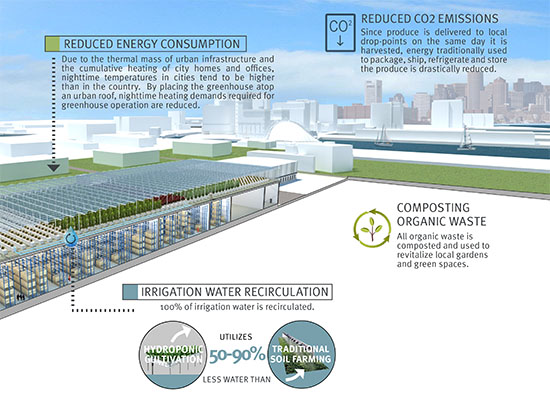 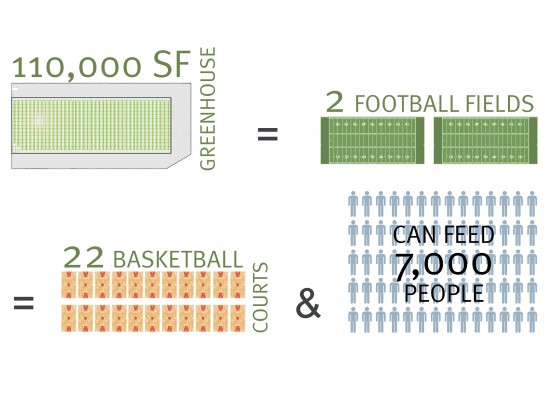 The groundbreaking for the new cold storage building we are working on for Cargo Ventures – located in the Marine Industrial Park in the Seaport – will be held in the next two weeks.  The 325,000-square-foot facility will provide refrigerated space tailored to the needs of each cold storage tenant.  The rooftop will be a 110,000 SF greenhouse (the size of two football fields) for a yet-to-be-announced urban agriculture grower and will generate enough food to feed 7,000 people.

The building was designed to be highly efficient as depicted in the diagram shown in the gallery above.  Waste heat from the refrigeration process will be used for under slab heating.  Rainwater runoff will be reused for crop irrigation in the greenhouse, and the irrigation water will be recirculated.  All organic waste is composted and used to revitalize local gardens and green spaces.  An interesting synergy our team is trying to better understand is exploring the feasibility of harvesting CO2 from the refrigeration process and using it for greenhouse air circulation.

Urban agriculture, when compared to conventional farming methods, generally results in lower CO2 emissions as the produce grown in the greenhouse will be delivered to local drop-points on the same day it is harvested, thus avoiding the energy used to package, ship, refrigerate, and store the produce.

One of the energy benefits of urban agriculture relates to the concept of thermal mass.  Nighttime temperatures in cities tend to be higher than in less populated areas due to urban infrastructure and the cumulative heating of city homes and offices.  By placing the greenhouse atop an urban roof, nighttime heating demands required for greenhouse operation are reduced.

Suffolk Construction is the contractor.