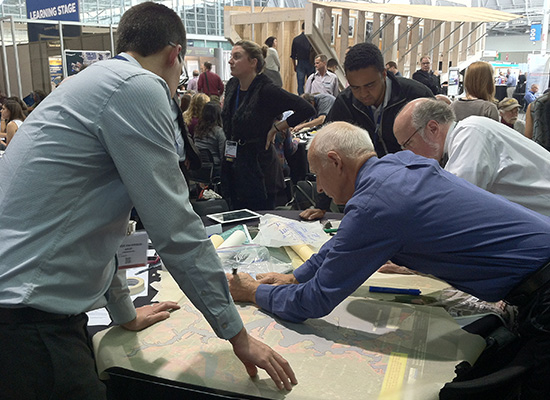 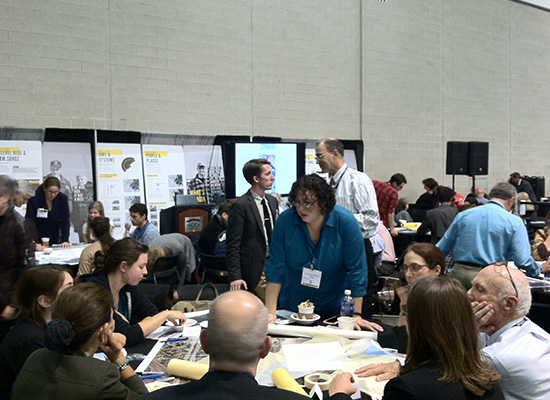 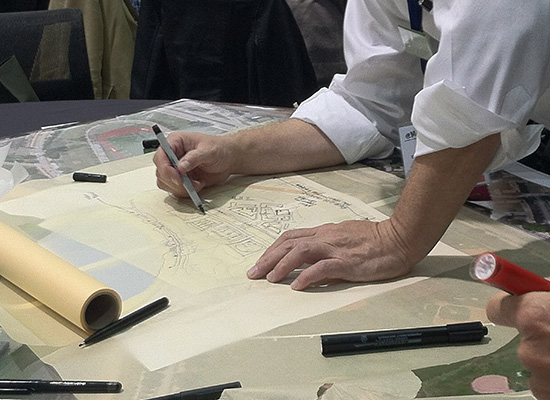 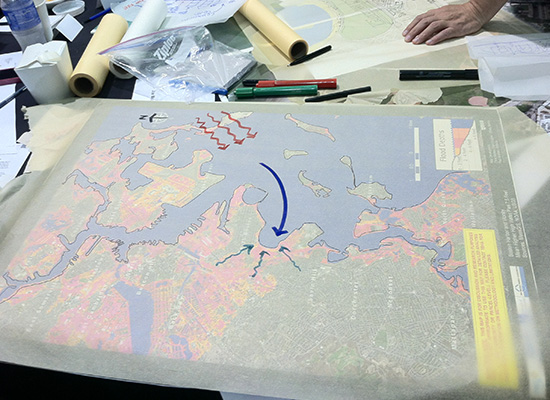 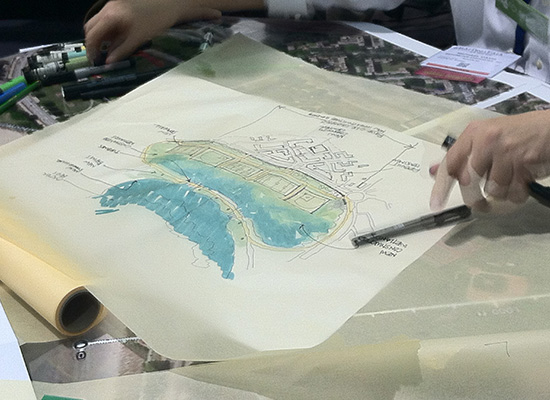 Yesterday at ABX, the “Living with Water” Design Charrette was held to kick off a companion Design Challenge for the Boston design community. Mayor Marty Walsh was on hand to announce the competition and to emphasize the city’s commitment to finding solutions to climate change and rising sea levels in our coastal communities. Hosted on the second anniversary of Hurricane Sandy, the charrette invited designers, community leaders, and government officials to reflect on the new policies implemented in New York City and to consider what we here in Boston can learn from them.

As the second most expensive hurricane on record in the United States, Sandy revealed the vulnerabilities of the Eastern seaboard’s ageing infrastructure. In New York City, the storm inundated transportation and infrastructure tunnels, filled basements and first floors of buildings with contaminated water, and most devastatingly, washed away entire historic neighborhoods. New York is by no means close to resembling the lively streetscapes and thriving community centers that existed before Sandy. The road to recovery will be long and arduous as decision makers debate the value of building back verses building back better.

While New England has fortunately avoided the dramatic effects of such storms, the region is still the victim of the silent and perpetual problem of sea level rise. The charrette presented a series of goals it hopes to attain in the Boston region and broke participants into teams to focus on three locations with distinct goals: (1) East Boston’s Central Square, with a focus on preserving and cultivating culture while combating a rising tide; (2) Downtown’s Long Wharf, with a goal of preserving historic structures which lie in the flood plains; and (3) Joe Moakley Park in South Boston, to mitigate an approaching shoreline while maintaining active community spaces. Teams were urged to address the notion of phasing their resilient designs to accommodate sea level rise while gradually enhancing the existing urban fabrics of each location. Energetic discussion followed.

Armed with the knowledge that sea levels are expected to rise up to 6 feet by 2100, the charrette aims to embrace resilient design and achieve a symbiosis between built environments and the natural ecologies which surround them. Coastal resiliency is not defined by the parameters of a site or of a community, but by an over-arching web of interconnected processes that tie our communities and our coasts into a greater regional plan.

With the launch of the “Living with Water” Design Challenge, we should now be asking ourselves, “How can we design to embrace and live with our surrounding waters?”