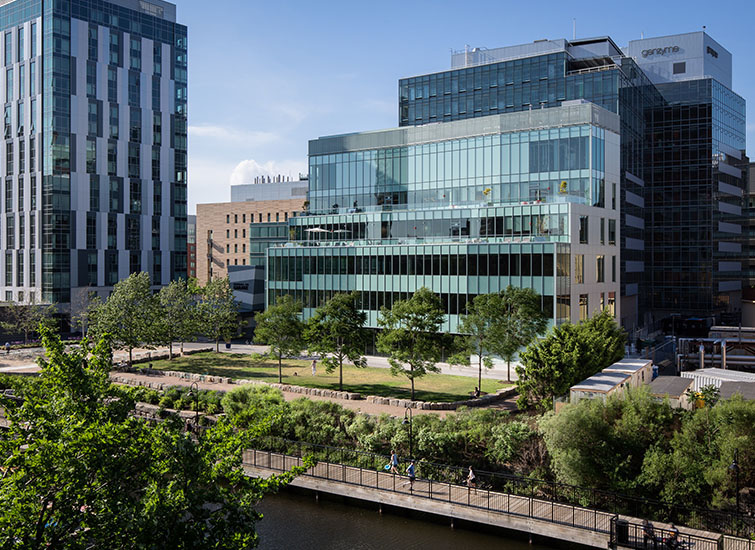 BisNow’s “The Future of Cambridge:  Innovation, Community Engineering and the Spread of the Kendall Square Phenomenon,” moderated by our old friend Rich McKinnon, was an interesting, insightful discussion between public (Tom Evans, the Executive Director of the Cambridge Redevelopment Authority, and Iram Farooq, Assistant City Manager of the City of Cambridge), and private (Alex Twining, CEO Twining Properties, and Lawrence Cheng of Bruner/Cott) sector representatives earlier this week.

One of the nice things to hear was the agreement by all that many great things have happened in Kendall in the last 20 years, but that there are still a number of issues the entire community needs to work on together. Whether it be ensuring that the Red Line actually works in a way that supports future development; how to understand what density means to Kendall Square and the community (something I recently wrote about); or how to plan for future changes we can’t possibly imagine right now; both developers and the community are united in wanting to extend Kendall’s success as a driver of good things for Cambridge and the region.

That said, East Cambridge faces a whole range of stresses that are direct results of Kendall’s success. Whether it be traffic (it is amazing how many bikes move up and down Main Street and Broadway) or how to really make the square a true, 18-hour location, careful joint planning is required.

And while the jobs that come with the millions of new square feet being added are key to the future, the stresses they create to the housing stock are apparent in the surrounding communities. Rich McKinnon and Alex Twining talked about the importance of providing housing for these new jobs so that long-term residents and moderate-income households aren’t displaced from the existing housing stock.

This issue is not exclusive to successful areas in the commonwealth, but can be seen across the country. As a member of the board at Nuestra Communidad, we struggle with the same problems in Dudley. The costs of development and construction create housing that is simply more costly than can be borne by moderate-, let alone low-income families.

There was a great article in Bloomberg, “Why It’s So Hard to Build Affordable Housing: It’s Not Affordable.”  The simulator by the Urban Institute, mentioned in the article, lets you play with the different inputs into both the expense and income side of creating workforce housing, allowing you to see just how hard it is to make it work. There is a shortfall between the cost of new housing and what real people can afford that developers cannot overcome on their own. How we, as a community (private and public) solve this, will go a long way to helping make the positive changes in places like Kendall that will be felt for the next 25 years.