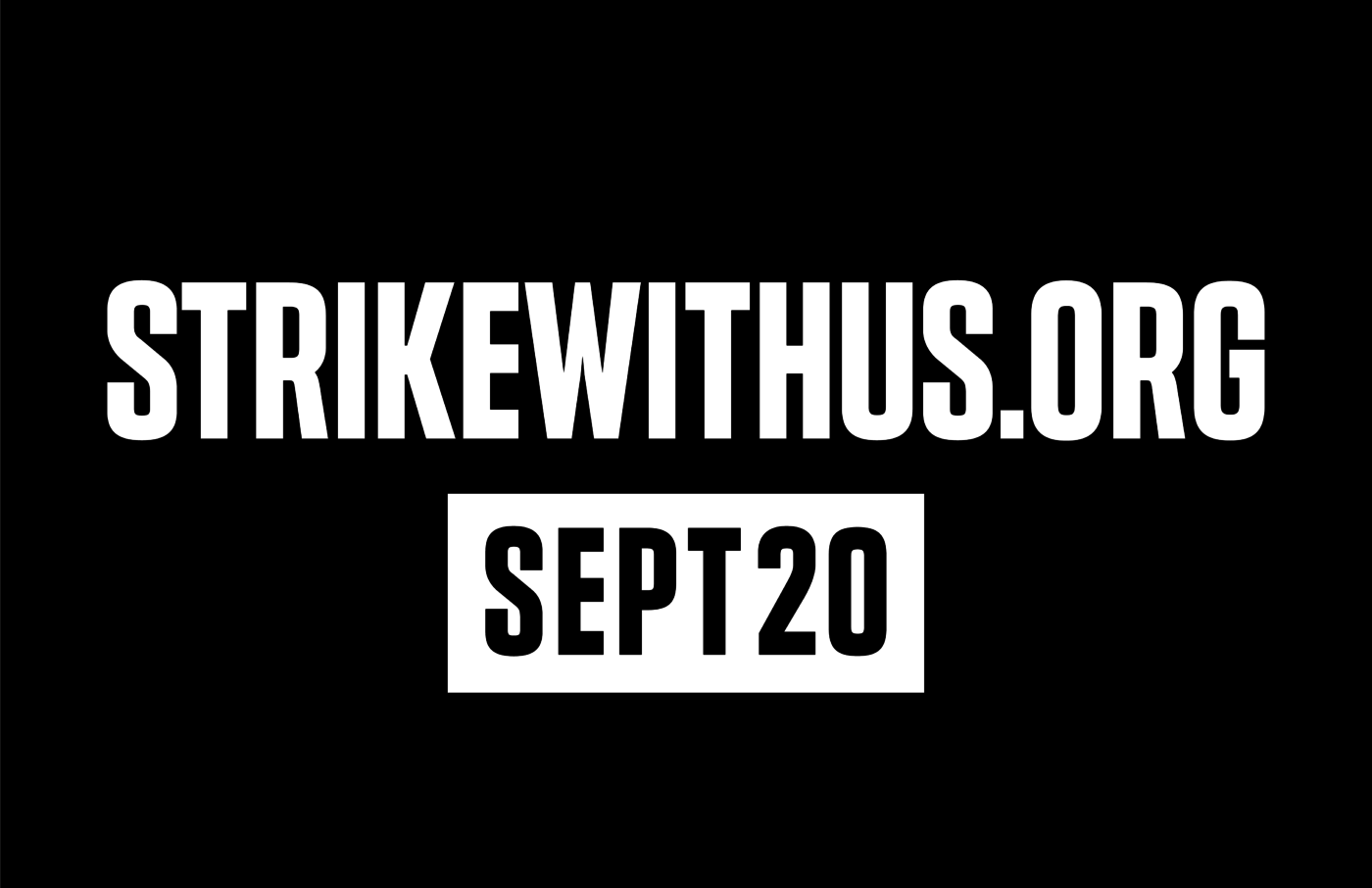 From Friday September 20 to September 27, all over the world people of all ages will be mobilizing to demand transformative action be taken by our world’s governments to address the climate crisis.

Building on a historic surge of student protests and strikes for climate action, the September 20 strike comes ahead of the United Nations Summit on Climate Change three days later, when world leaders will convene in New York with the goal of deepening climate ambition. More than 6,000 people in 150 countries are already pledging to organize events on September 20 and during the Week of Action that will follow it.

“Young people are uniting around September 20 in a way we’ve never seen before,” said Katie Eder, Executive Director of Future Coalition. “We understand this is a pivotal crossroads, and that we must put our differences aside to come together. This is a fight for our futures, and time is running out.” In the U.S., a massive effort is underway to unify youth and adult groups ahead of the September 20 Strike.

Coordinated by Future Coalition, the effort includes organizations such as Earth Uprising, Fridays for Future USA, Extinction Rebellion-Youth, Sunrise, US Youth Climate Strike and Zero Hour. The Youth Climate Strike Coalition is steering the national campaign, with the active support, participation and collaboration from an Adult Climate Strike Coalition, which includes leading national progressive organizations such as 350.org, Greenpeace, SEIU and March On. Youth and adults, institutional and grassroots organizations, climate-focused and social justice groups, are coming together as a unified front to demand the change needed to protect the future.

Tamara Toles O’Laughlin, 350.org North America Director, said that “The youth uprising is backed by millions who refuse to sit by while the Trump administration, hand-in-hand with fossil fuel executives, continues their campaign of climate denial and policy rollbacks, all while we face extreme heat waves, hurricanes, floods, and wildfires. In the U.S., communities representing every race, ethnicity, and generation are demanding real climate action from elected officials and those running for office. We stand with communities demanding economic transformation that works for our collective right to a sustainable, healthy, and livable future. With the leadership of young people, now is the time for all of us to come together on September 20th and beyond to demand real climate leaders at the national, state and local levels hold fossil fuel companies accountable for decades of negligence and damage.”

The September 20 Climate Strike is an intergenerational, intersectional effort which will result in a range of events taking place across the country. Led by the youth climate strikers, people will walk out of school and work to join mass marches and rallies, to music concerts, sit-ins and nonviolent direct action. The Climate Strike Coalition is planning large-scale events with partners and local activists across the country, with an emphasis on highlighting the work of frontline communities, and connecting the climate movement to civic engagement.

The Youth Climate Strike Coalition is composed of the following organizations:

Learn more about the movement and how to get involved here.