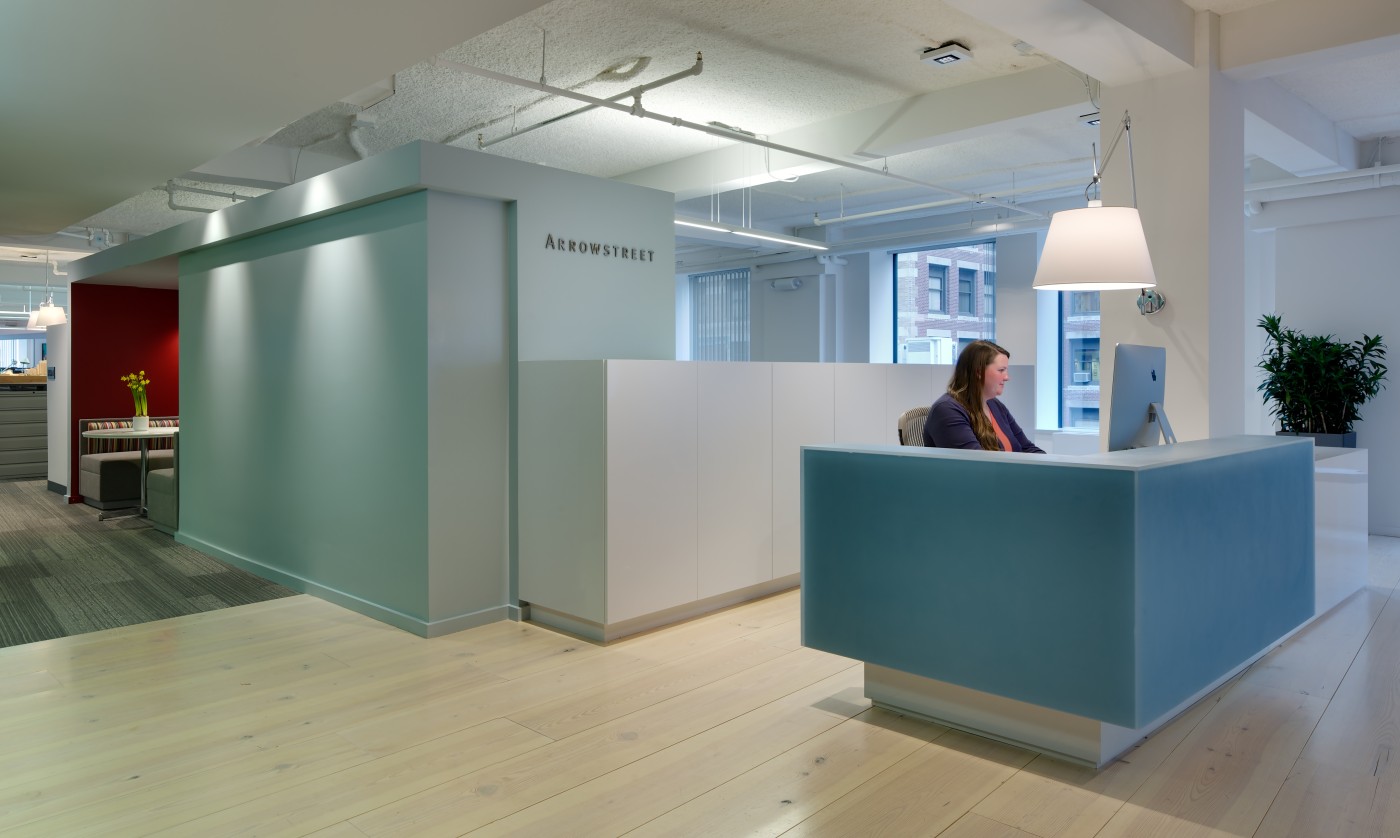 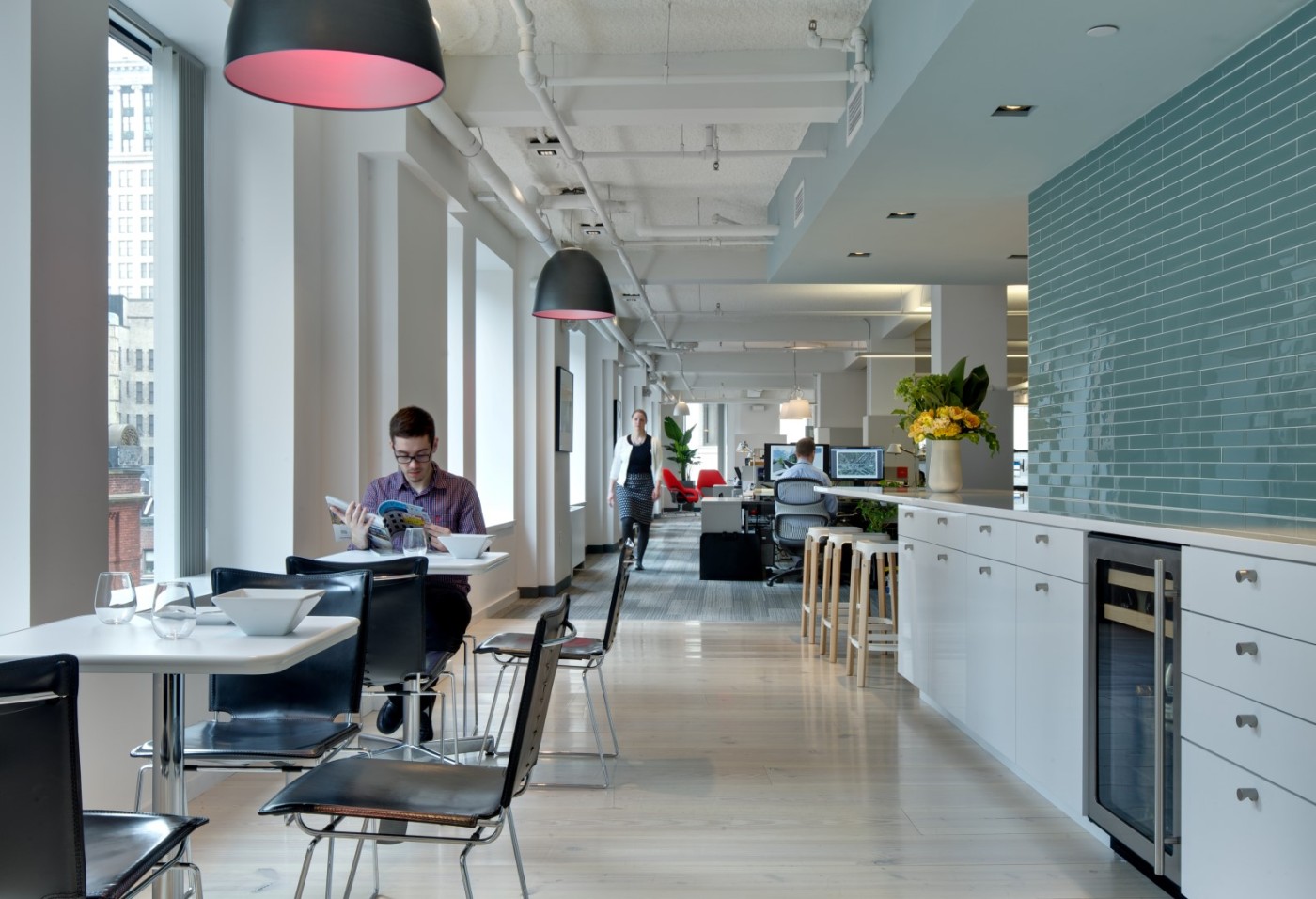 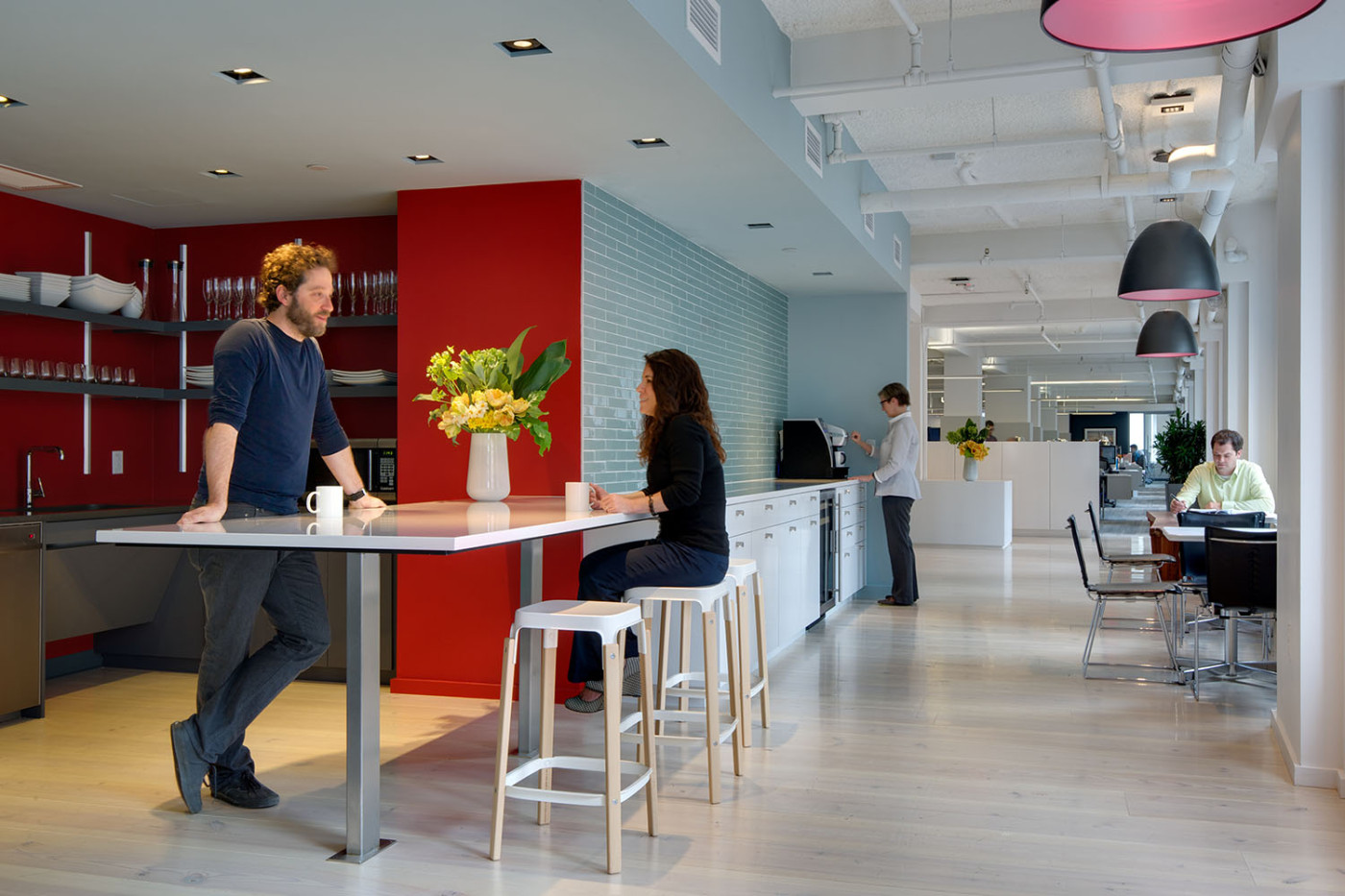 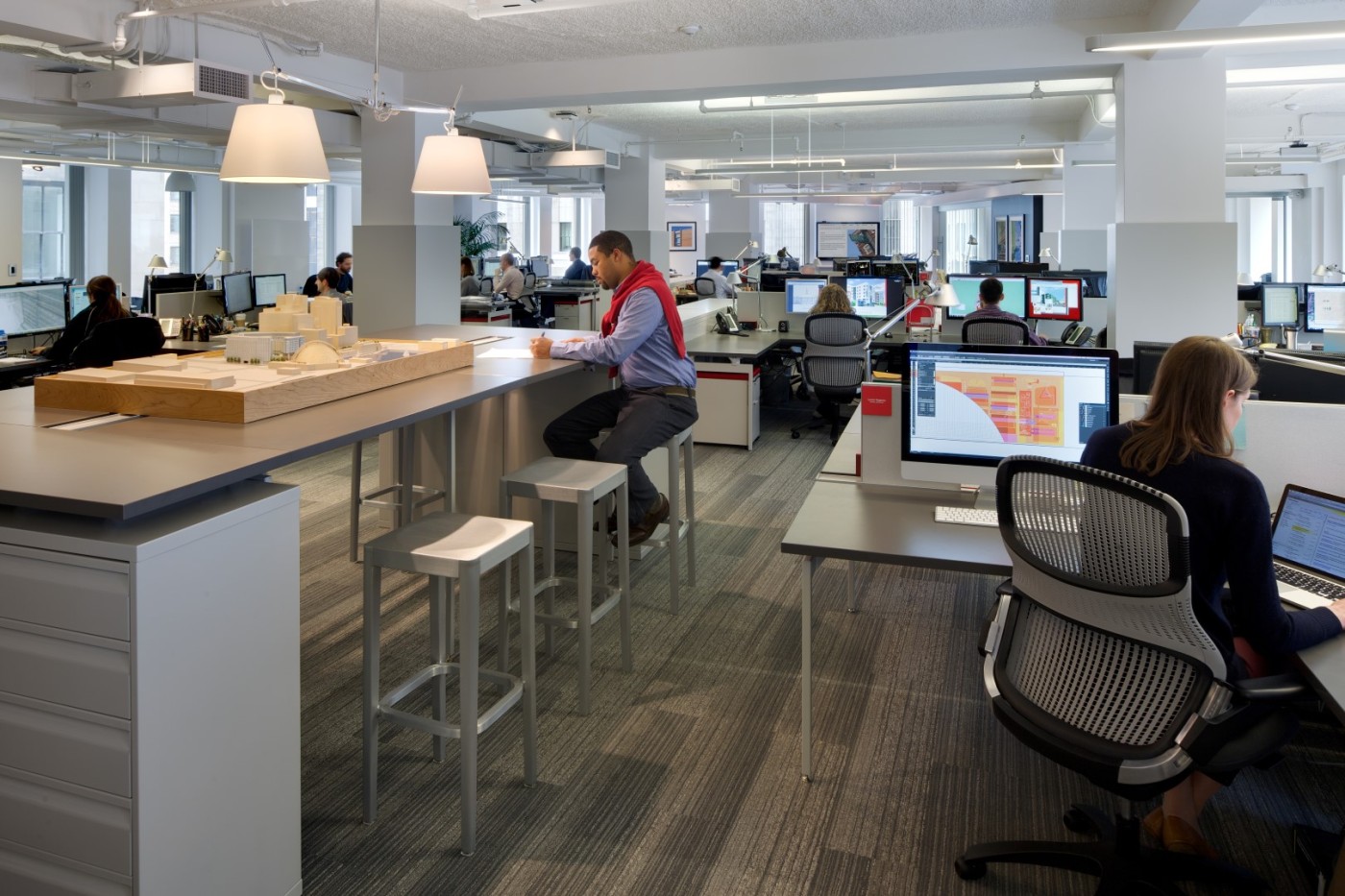 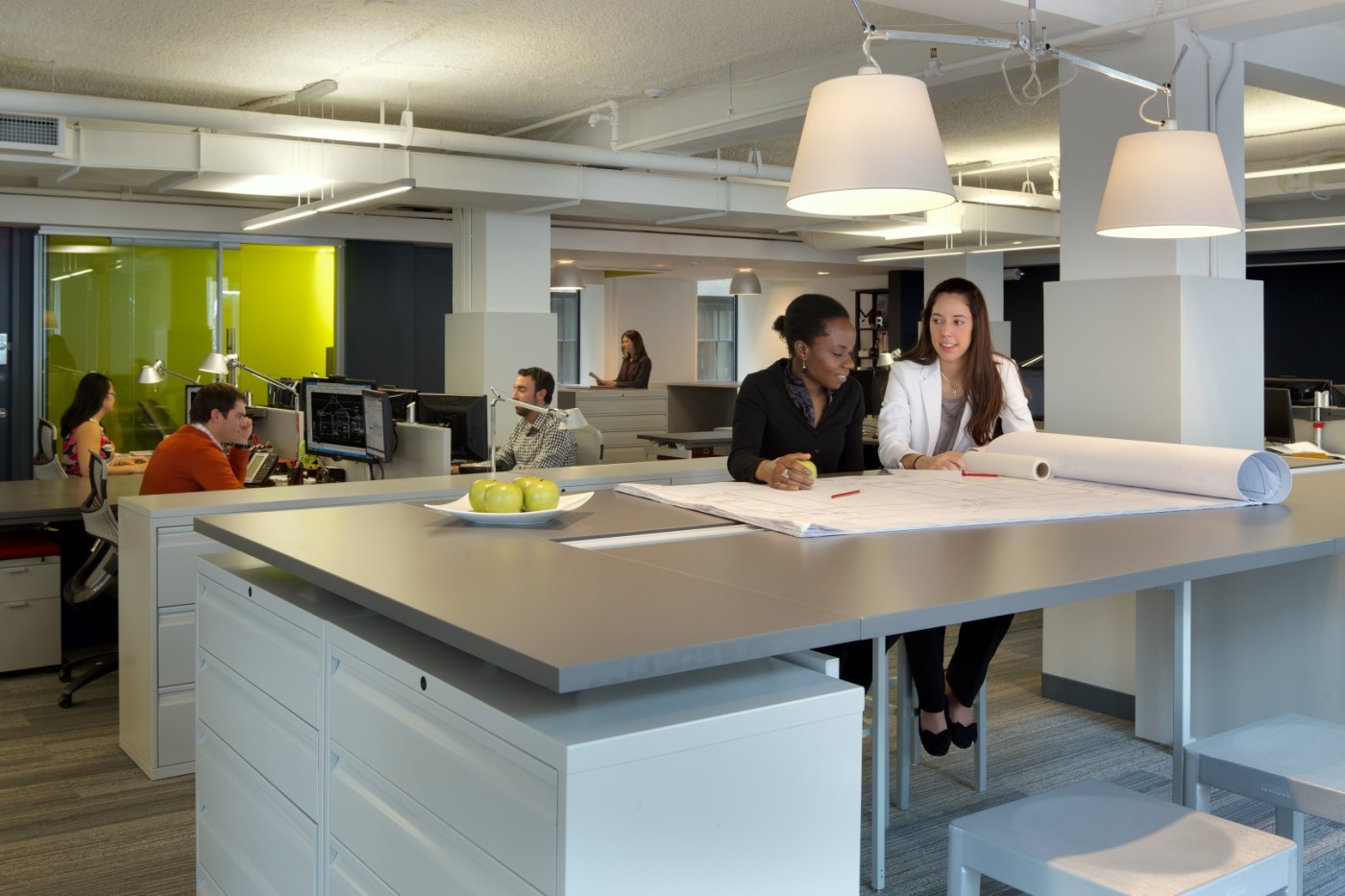 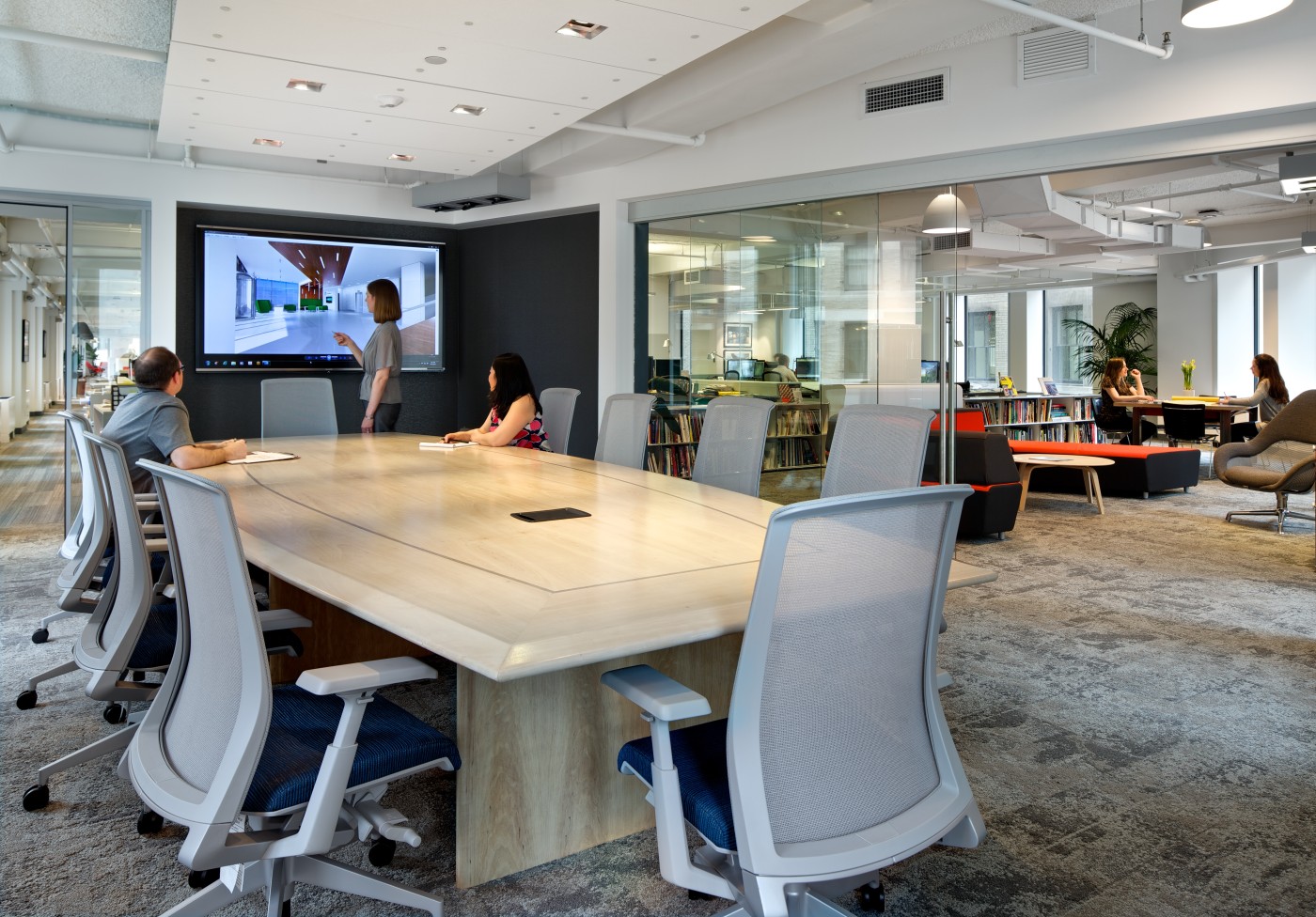 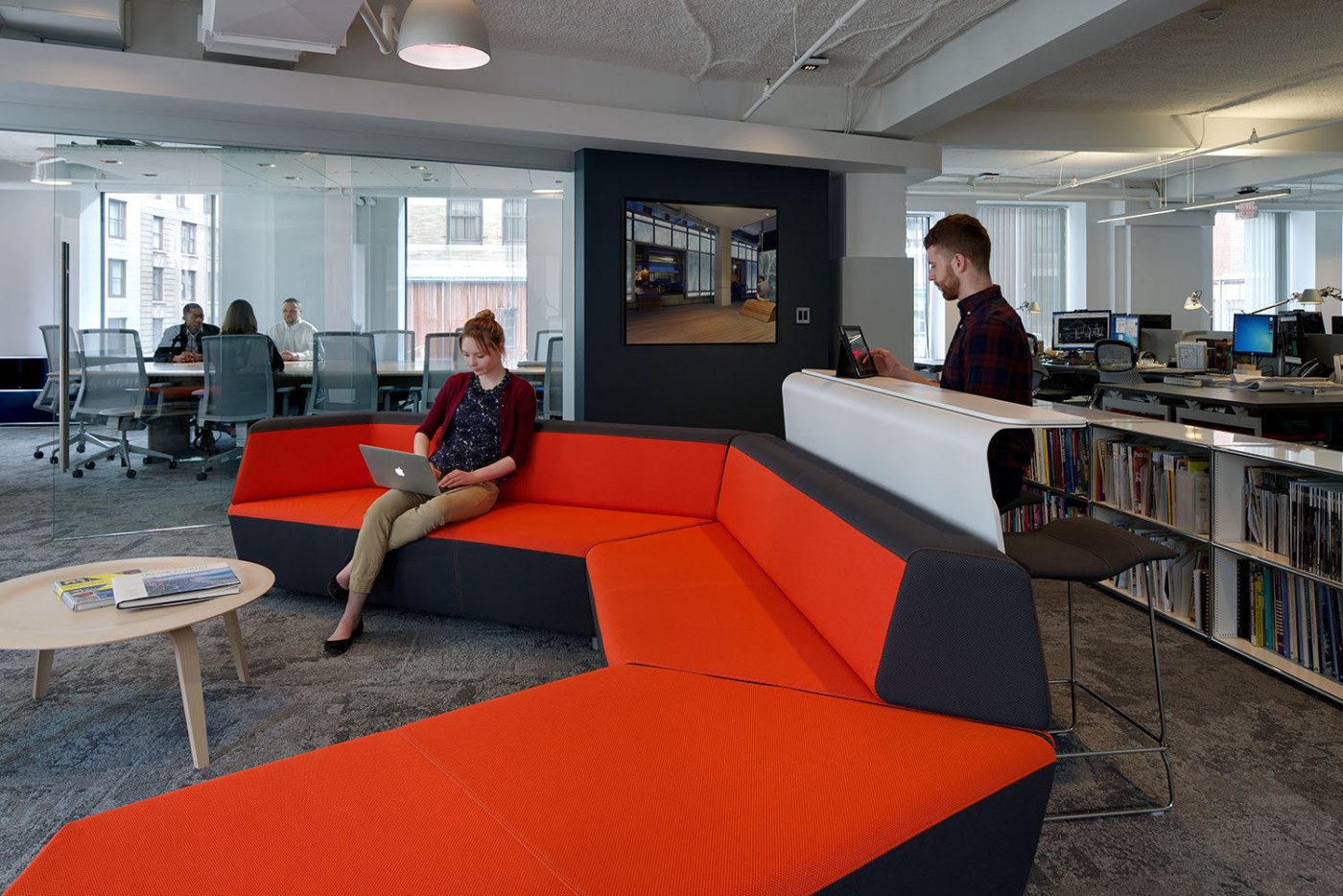 At 10 Post Office Square, we worked to transform a long, narrow traditional office configuration into an open, modern, studio space for our toughest client—ourselves. In the time since the space has been occupied, it has served as a model for what can be accomplished when old methods of office layout and culture are reimagined. The new design is tailored to the way the firm works; the majority of the floor plate was opened up, keeping walls and enclosed spaces to a minimum. There are no personal offices: private conversations and meetings happen in a variety of open, semi-open, and closed-off areas of varying sizes. Project teams are grouped at large table style desks, which foster interaction and quicker communication and decision making.  Further re-thinking the traditional office prototype, the kitchen has been placed at the center, creating a social node that unites the office and enables informal interaction between employees, consultants, and clients alike. The Arrowstreet Studio was awarded LEED Gold certification by the USGBC. 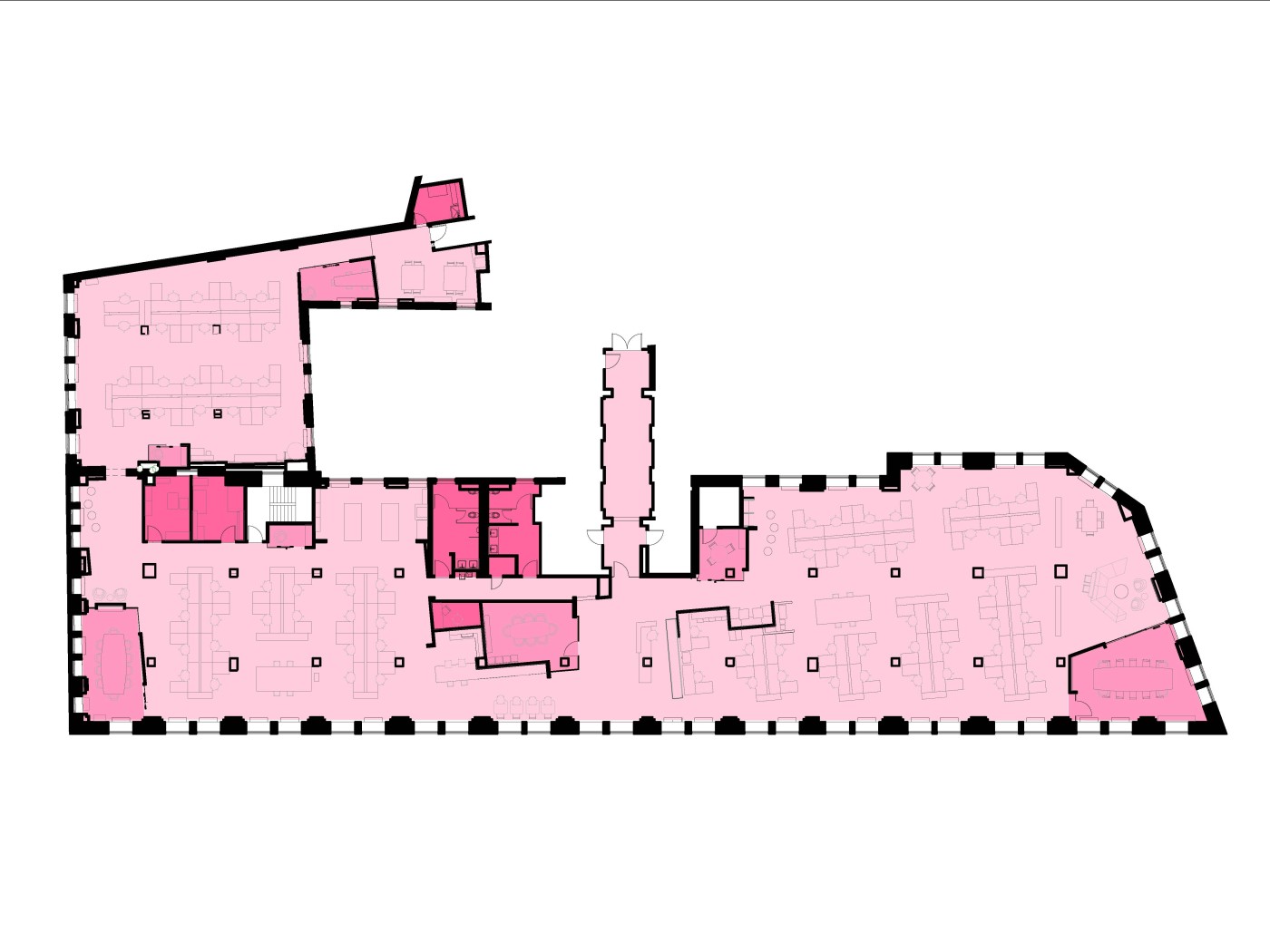