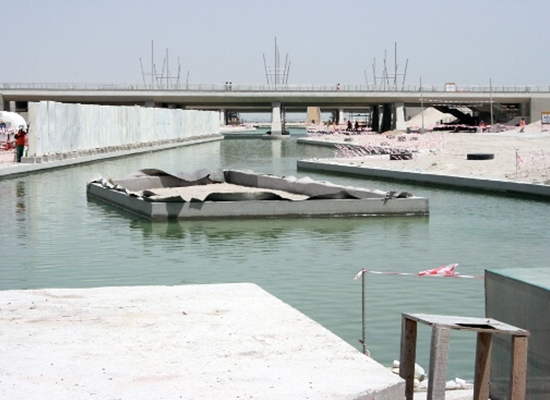 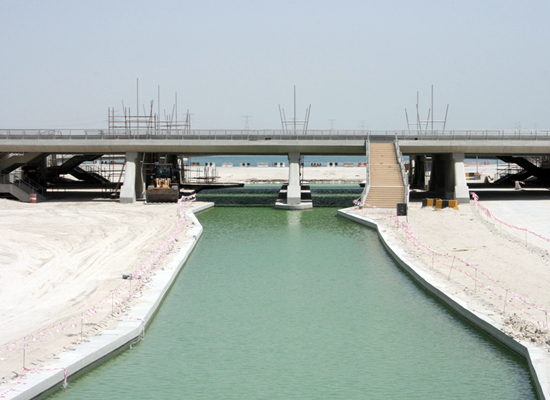 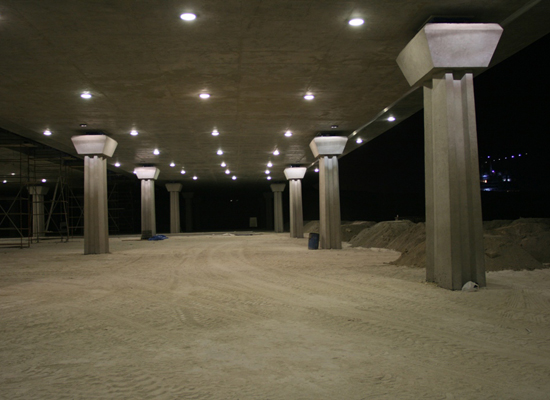 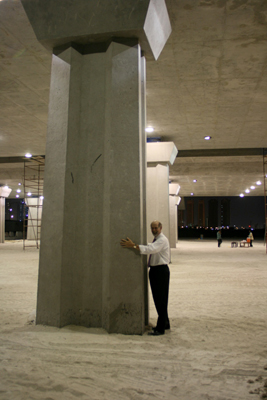 Progress is being made on a major Abu Dhabi project – these photos depict how Shams Abu Dhabi is taking shape. Arrowstreet was part of an international team of designers to create this major waterfront development.

The first two photos show the Shams Canal and Bridge under construction in mid-2010. The canals will be lined with a park and retail shops. The photos of the columns under the bridge are taken in an area where there will be a future retail store and probably a grocery store (alongside the canal as the canal goes under a bridge).  Notwithstanding the shifting economy, they have decided to go ahead with the infrastructure improvements (canals and bridges for the project); hopefully they will keep on going with the park and retail shops.