The History of the Canoe Place Inn 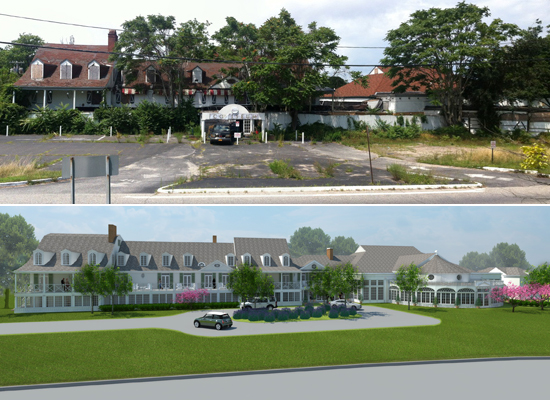 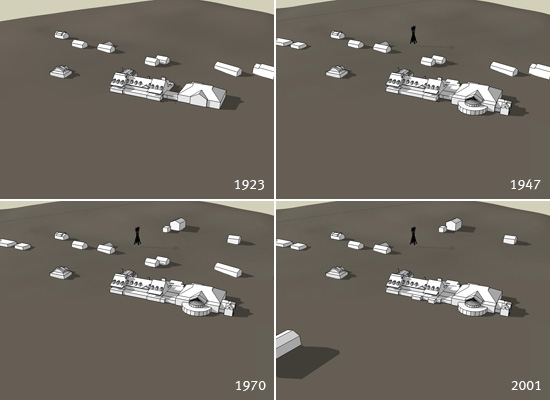 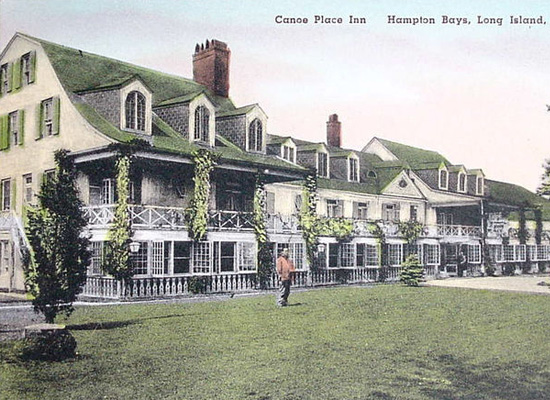 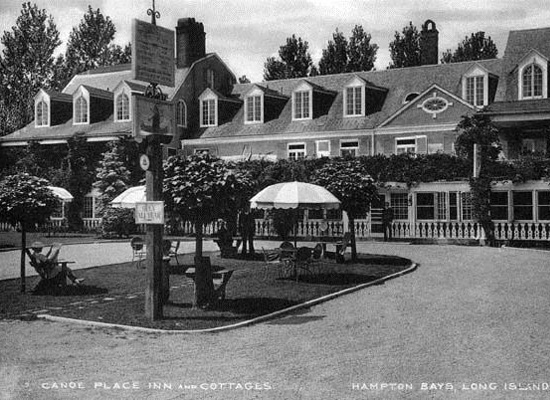 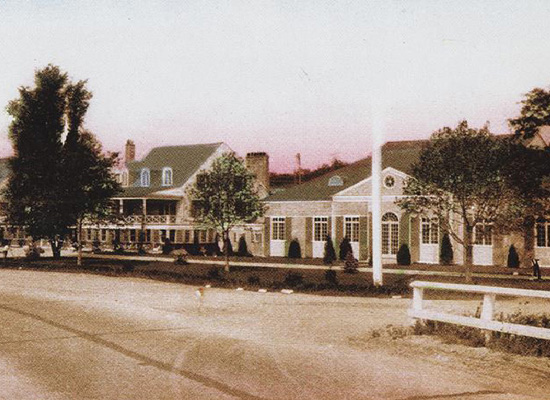 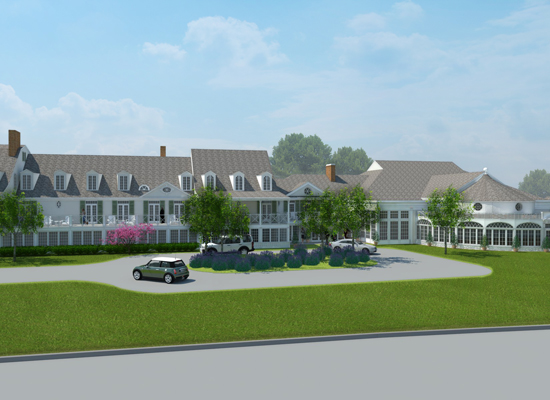 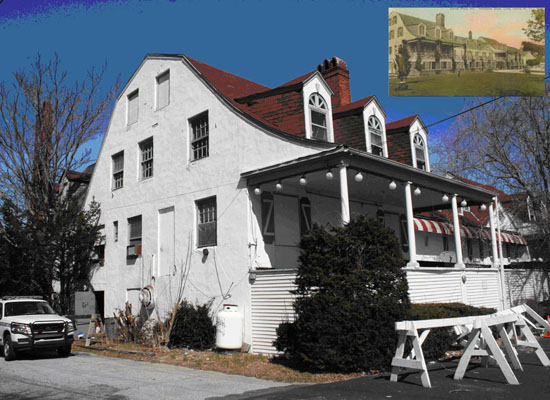 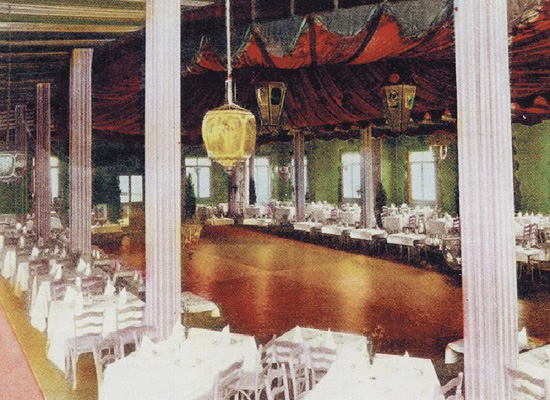 I’ve been working lately with Brad Edgerly, David Bois, and Sean Selby on rehabilitating the Canoe Place Inn in the Hamptons. Prominently located overlooking the Shinnecock Canal in Hampton Bays, it has traditionally been a gateway to Hampton Bays when traveling west across the Shinnecock and is the last building you see before entering Shinnecock Hills travelling down the Old Montauk Highway.

A particularly interesting and challenging aspect of this project is how many different looks and layouts the site has gone through since its construction in 1923, when it replaced an earlier, historic inn which had burned down in a major fire in July of 1921 – one in a string of inns and way houses that had been on this site since the first one was built in 1635. Understanding that history and working with the community on a consensus regarding which elements of the building best reflect the role Canoe Place has played and should play in the life of Hampton Bays was an important key to the design and approval of this project.

The 1923 inn was rebuilt over an earlier foundation out of clay tiles and stucco, to be fire resistant, with the addition of a dance pavilion to reflect the tastes and desires of the roaring ‘20’s. Added to and modified almost continuously from the time it was rebuit through the 1970’s,the inn changed with the demands and fashions of the times sometimes for the better and sometimes for the worse, as well being badly impacted by roadway and bridge construction on Old Montauk. A number of outbuildings including small cottages and barns both sprung up and disappeared during the last 80 years reflecting both the inn’s needs (like barns for horses and carriages) and changing times (turning the dance pavilion into a night club).

A significant improvement in the character of the Inn was the addition of a half-round structure onto the staid, Greek Revival dance pavilion shortly after the end of World War II. This copper roofed element became the image of the inn to most people on the south fork, even though it is not original. Over the intervening decades, the residential area to the north began to fill and the inn and cottages continued to change with the styles of the times. First moving towards a Deco look and then to ‘50’s modern, the windows and colors of the building changed without regard to the original style of the 1923 architecture, eventually leaving us with the mish-mash of elements and styles there today.

In 1978, when the Old Montauk Highway was re-aligned and elevated to allow boats to pass beneath the bridge over the canal, the site grading changed in a subtle but important way. The first floor of the inn, which had previously been a three-season porch lined with windows, was partially buried and closed in to allow the entry drives to match the grade of the new roadway. “Cutting the inn off at the ankles,” so to speak, it completely altered the proportions of the building making it look like the first floor was a basement and the second floor the main floor, which created a very confusing sense of discontinuity between the experience of the outside and the inside of the building .

Eventually functioning as a night club, more and more of the original fabric and character of the inn was covered over or disappeared. When the night club closed in 2010, the building fabric had been used, abused, and worn out.

Rehabilitating the Canoe Place Inn to its former place in the fabric of Hampton Bays has been a multi-step process. Working with our client Rechler Equity Partners, as well as the local community, we have focused on identifying the building elements that represent the building’s “essential visual characteristics,” a difficult task given the many eras and styles the structure has spanned.

Our current plan preserves the 1927 inn building and dance pavilion and the half-round “porch” expansion, as well as the second-floor porches, roof forms, and tall brick chimneys. We have concentrated on recapturing the character of the place by restoring the full height of the first floor, creating a new drop-off area, improving the landscaping and removing those additions that detract from the character of the building and designing new parts that enhance the look and update the functioning of the inn into the 21st century.

We’re also working on a parcel of land just across the Shinnecock Canal from the Canoe Side Inn; but you’ll have to wait a few weeks for that part of the story.