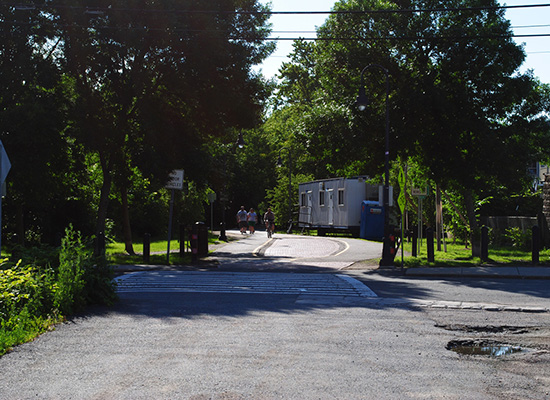 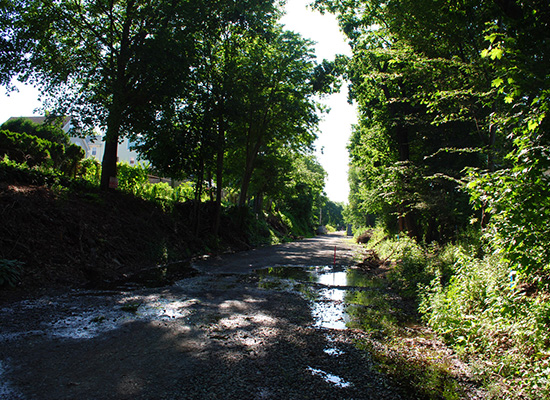 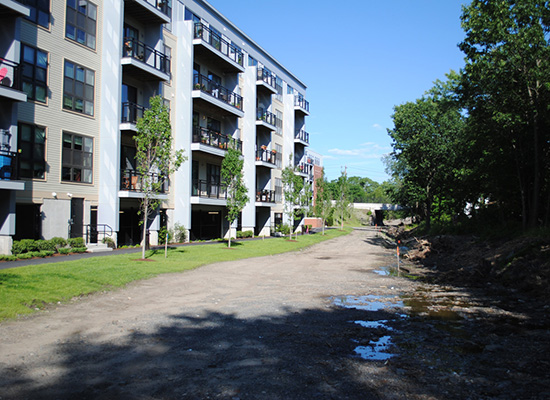 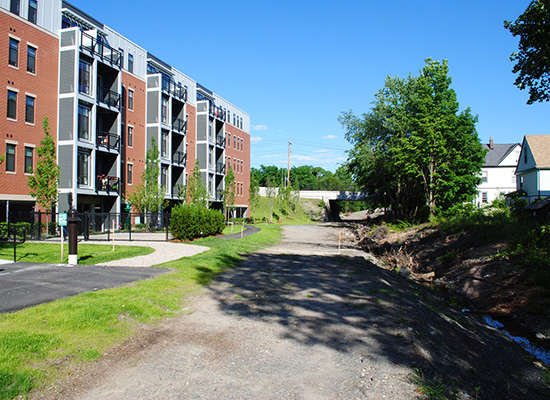 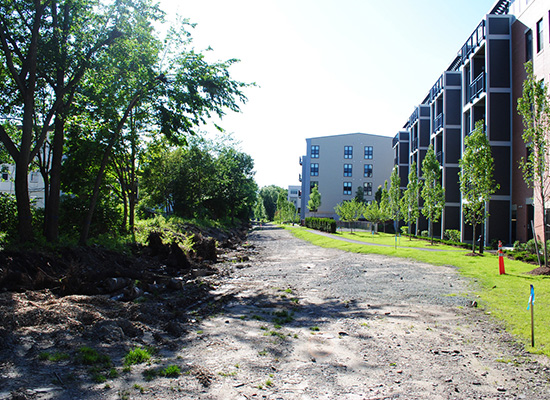 For the past seven years, I’ve lived with my family in a small house that abuts a long abandoned spur of railroad tracks in Somerville, MA. The tracks have had a colorful history, as they used to serve a factory that manufactured paper products, construction supplies, and root beer at various points in its history. We’ve also heard stories from former residents that circus trains used to park on the tracks overnight before their trips into Boston. So lions, tigers, and elephants may have been transient residents of our backyard.

But despite those unique anecdotes, we have only known the abandoned tracks as a destination for adventurous Somerville youth and then as a construction access road for a five-acre residential development at the end of our street. That project, which is now complete, involved the reclamation of the abandoned factory site and was one of the largest contiguous parcels of land to be developed in our city in quite some time.

Within the past few months, construction has also begun on a project that will transform those abandoned tracks behind our house into an extension of the Somerville Community Path – which is a walking/bike path that threads it’s way through Somerville, Cambridge, Arlington, Lexington, and all the way out to Bedford, MA. It is the first step towards extending that same path all the way into Boston, a long-range plan tied to the future MBTA Green Line extension project. While the Green Line extension and the multitude of social, environmental, and economic benefits that come with it will undoubtedly have a transformative effect on the city, I’ve been impressed with how much of an impact a quarter mile extension of bike path can have, even before it’s completed.

The most notable quality of the roughly formed path has been its ability to mitigate the additional density that has been infused into our neighborhood by the massive number of new housing units. While a residential project of its size was justifiably viewed with skepticism for fear of its collateral footprint on the neighborhood, the path has become an open invitation for many of our new neighbors to walk or bike to their daily destinations. It’s very likely that due to the immediate availability of that alternative mode of transportation, the flood of additional cars that was at the core of the fears behind the size of the development has yet to materialize.

I find it to be a great example of intelligent development that combines both public and private investment for a result that is more impactful than its constituent parts. Given the small sample size in our local neighborhood, I’m looking forward to the completion of the Community Path extension, the Green Line extension, and all of the interesting things that are bound to spring up around them.