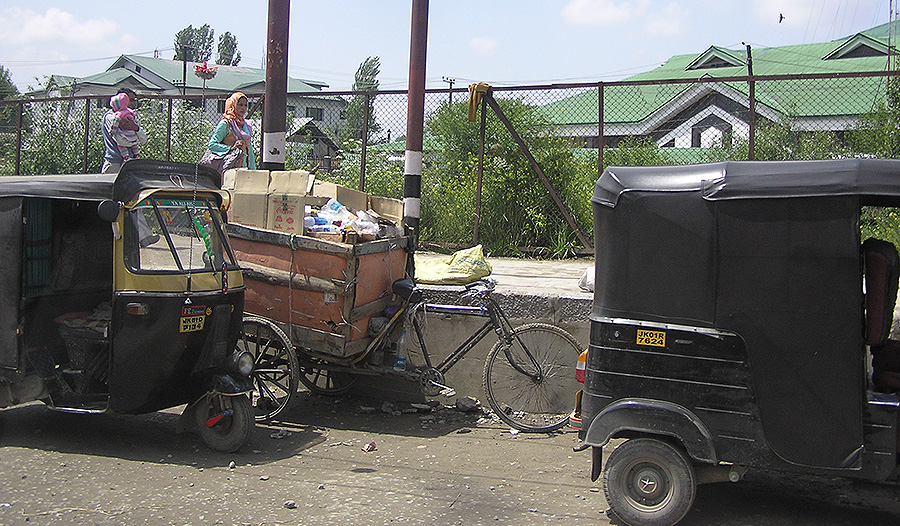 One of the initial and lasting impressions of urban India involved the mixed-modes of transportation one encounters on the roadways. In general, the typical three-lane road seemed to function in reality with five lanes flowing smoothly amid a cacophony of horns that signaled the intentions of drivers more effectively than blinking directionals.

Delhi is twice the population of new York, but far more spread-out. It is a midrise place with an evenness about it. Unlike the West, with compartmentalizes things it differentiates, the modalities I saw are mixed together like a stew.

The ubiquitous three-wheeled taxis and bikes move people and goods in all many of different ways amid all the cars and trucks. The three-wheelers even replace construction vehicles on busy roads in Delhi during the day-time commute. For short trips with relatively light loads, like reinforcing steel, they are a viable alternative.

Animals get into the act in this realm as well, whether as the source of vehicular power or the load being transported.