Planning for Resilience in East Boston 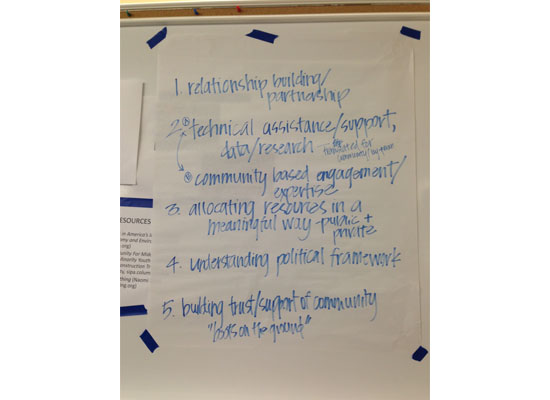 Last week, I was invited to attend a grant planning orientation hosted by The Kresge Foundation in Berkeley, California. Recently, East Boston was selected to receive a planning grant for climate resilience in low-income communities around the country. The grant was awarded to Neighborhood of Affordable Housing (NOAH) in East Boston and was supported by the Urban Land Institute. As an East Boston resident and ULI member, I was excited to attend the orientation in conjunction with Chris Marchi of NOAH.

All of the grantees are tasked with leveraging the award to further existing, successful community development as it relates to climate change mitigation, resilience, and social cohesion. The orientation included various workshops, panel discussions, and networking opportunities for all of the community representatives/grantees from around the country to kick off their planning grants. I was honored to be involved and learn about the opportunity this presents for my community of East Boston and the ideas it will generate for climate resiliency as a whole.