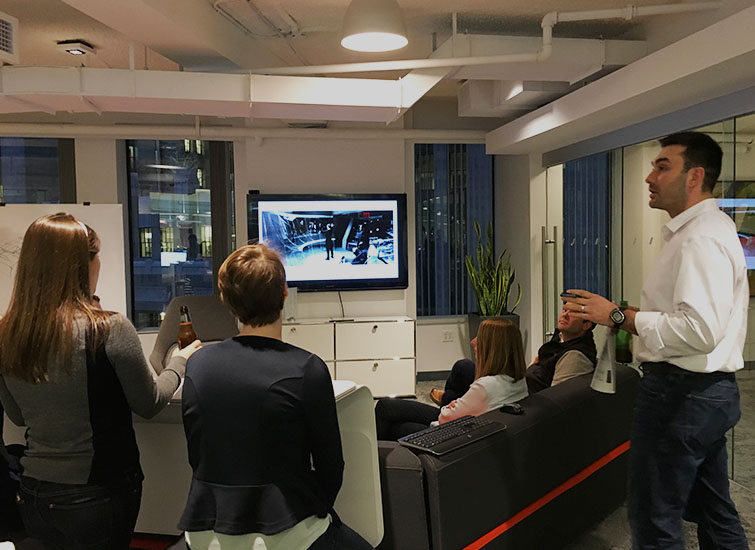 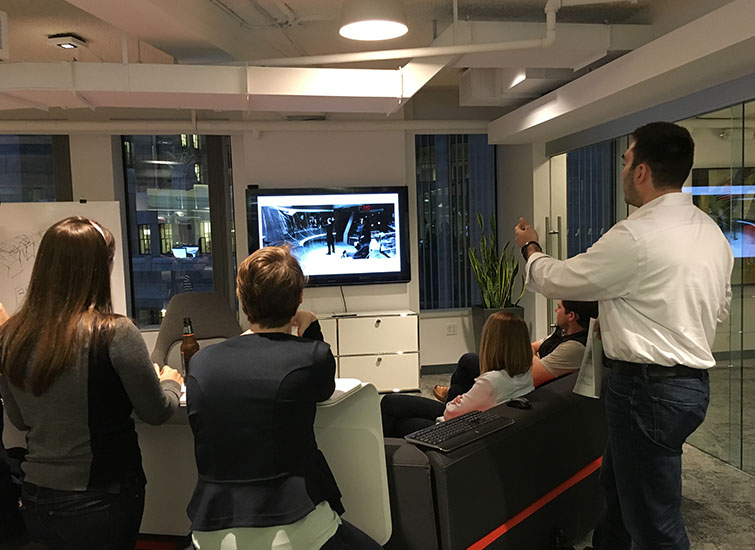 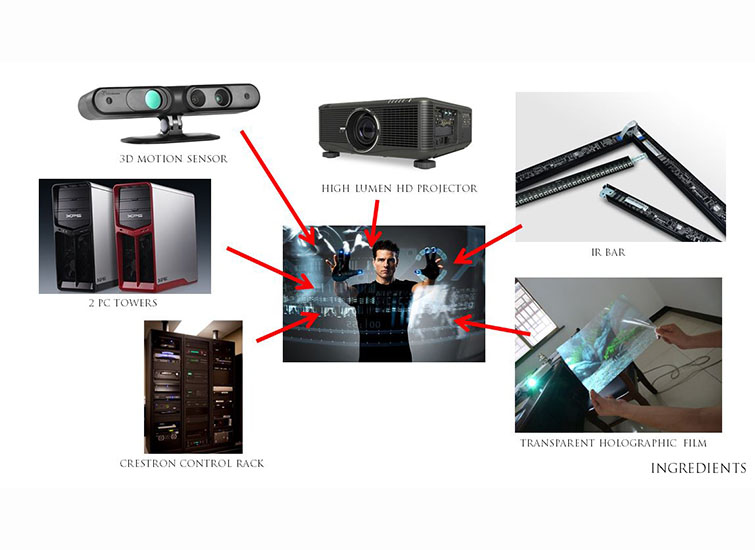 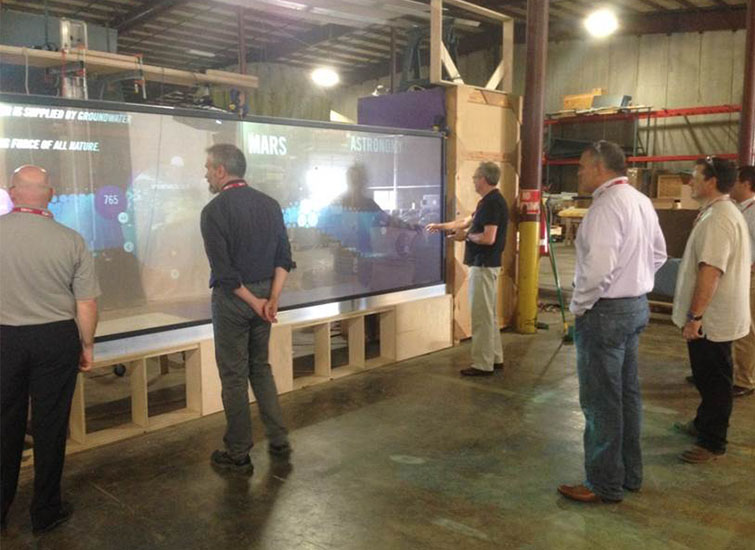 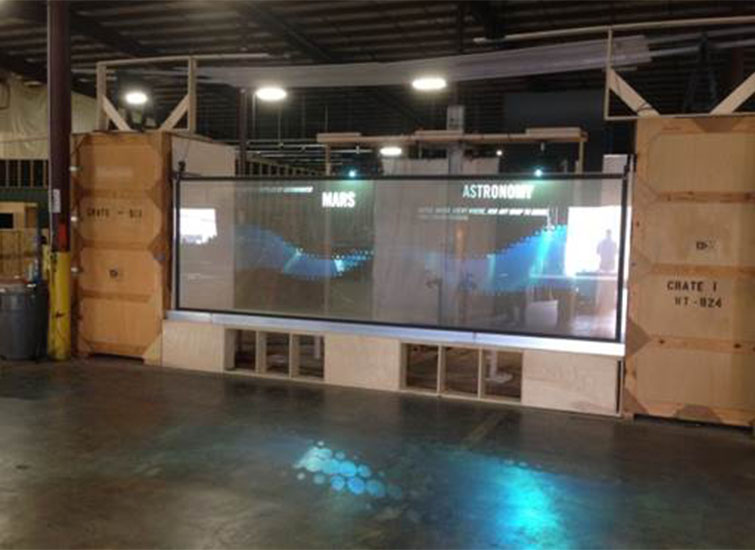 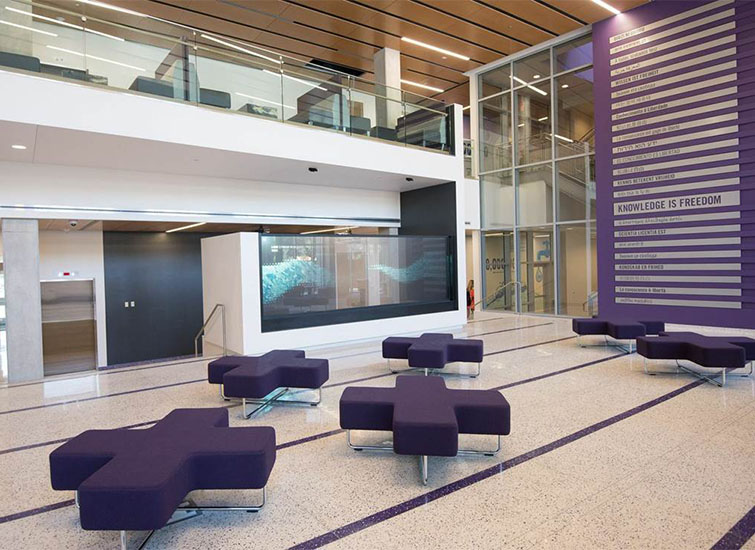 Last Friday evening one of our new team members, Stephen Zuber, spoke at an Arrowstreet Design Forum about some work he had done with interactive multimedia environments. Right out of the Tom Cruise film “Minority Report,” Stephen’s prior project for a university in Texas involved creating a large display wall which was visible to any viewer in the space, was able to sense a user’s presence, and allowed users to interact with the wall and explore content.

Stephen presented the process involved (conception-through-execution) with pushing the limits of emerging technology to design and fabricate transparent interactive media walls.  A prominent driver in the concept of this installation was better integrating emerging display and user-interface technology so it did not act as a boundary or obligatory piece of technology “hung-on-a-wall,” but rather as an ethereal experience that worked with the institution and building’s academic goals. Some challenges included creating the system with the assistance of several consultants, and accounting for a huge amount of ambient light in the display space. At the time of installation it was the largest transparent interactive display of its kind in the nation. As a result of the success of the initial interactive wall, the university requested that a second, slightly modified wall be installed in the library. This wall was created using several smaller screens instead of a single, large one, and had the capability to communicate with the first screen in the student center.

This was a unique design forum, and our staff really enjoyed hearing about the entire process for this interactive display wall. We’re already thinking of ways to implement this sort of technology in some of our designs!