Tesla Drives to the Future 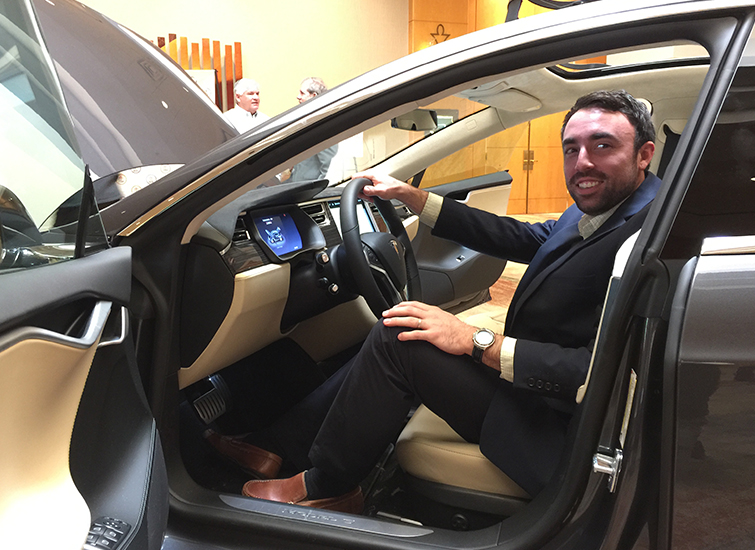 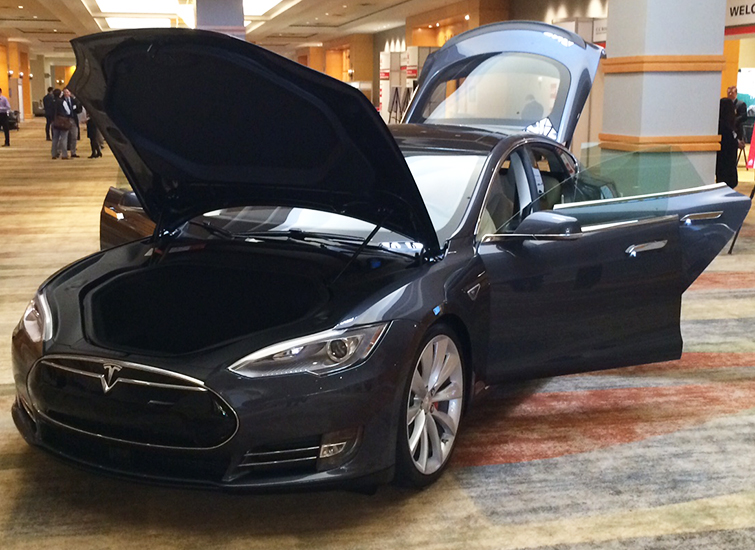 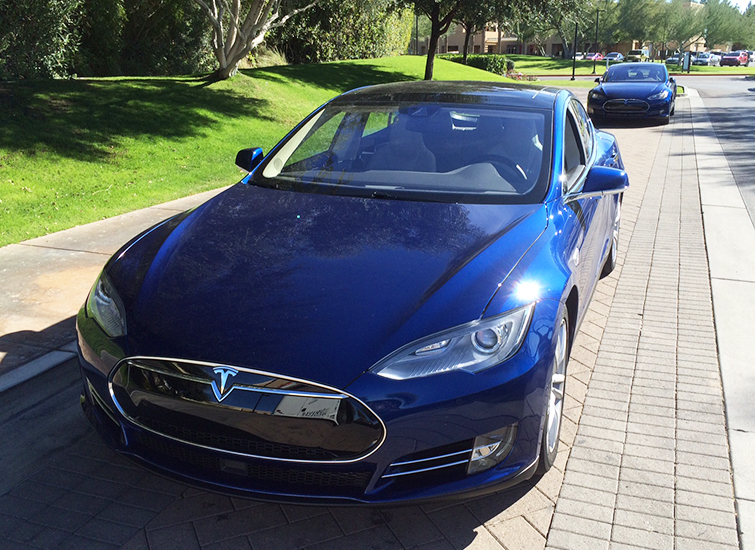 Last year, Elon Musk of Tesla announced that they were expanding beyond cars, and launched Tesla Energy. He said, “Our goal is to fundamentally change the way the world uses energy.” While it seems hard to imagine how a small car company can change the way the entire world uses energy, I recently attended a presentation by Tesla’s Chris Walti, and test drove a Tesla P85D (“insane” speed) at the RetailGreen conference in Phoenix. Chris walked-through the timeline–past, present, and future–of Tesla accelerating the world‘s transition to electric cars, and it didn’t seem so impossible to imagine Tesla changing the way we do anything.

The current success of Tesla’s mission to accelerate the world’s transition to electric vehicles has been as impressive and fast as their recently released “Ludacris” speed Model S which goes from 0-60 MPH in 2.6 seconds, only slightly faster than the version I drove. To put that in perspective, it is in the top 10 fastest 0-60 cars in the world, next to Lamborghini, Porsche, and Bugatti. With a sleek design and reasonable travel range, Tesla has managed to create a well-known brand in the car market in a relatively short period of time; not an easy feat.

Now that the company has successfully built a production car, the next generation Tesla hopes to broaden their consumer base with a car at a more modest price point. To do this Tesla is taking advantage of “economies of scale” as well as “innovative manufacturing, reduction of waste and optimization of locating most manufacturing process under one roof.” As production increases, there is a better chance to decrease the costs associated with that production. In this case, the decrease in cost of battery production (the major contributor to Tesla’s higher price point) will allow Tesla to offer a more affordable electric car. To accomplish this, Tesla has broken ground on the “Gigafactory” in Nevada, which is designed to be powered by renewable resources seeking net-zero energy. The factory will produce more lithium ion batteries annually than were produced worldwide in 2013.

Though they’ve shown remarkable inventiveness thus far, there are still a few puzzles for Tesla to solve; but they’re working on those. While ± 240 miles per charge is adequate for most trips, navigating long drives with the current lack of charging station infrastructure throughout the country is still a problem.  As Chris mentioned, technically you can charge the vehicle almost anywhere but you may be waiting a while. Tesla’s specially designed supercharging station has the capability of re-charging a Model S to 80% in as little as 30 minutes. They’re planning on increasing the network of these stations along major corridors across the US significantly by the end of 2016, making long-distance use much more realistic.

Tesla’s commitment to sustainability inside and outside of the auto industry is commendable. Hopefully they succeed in their mission and can serve as an example across other disciplines and industries. At Arrowstreet, we’re always striving to push the sustainable envelope as often as possible on design projects, but I also want to do my part by cruising the scenic byways in a Model 3 when it comes out!