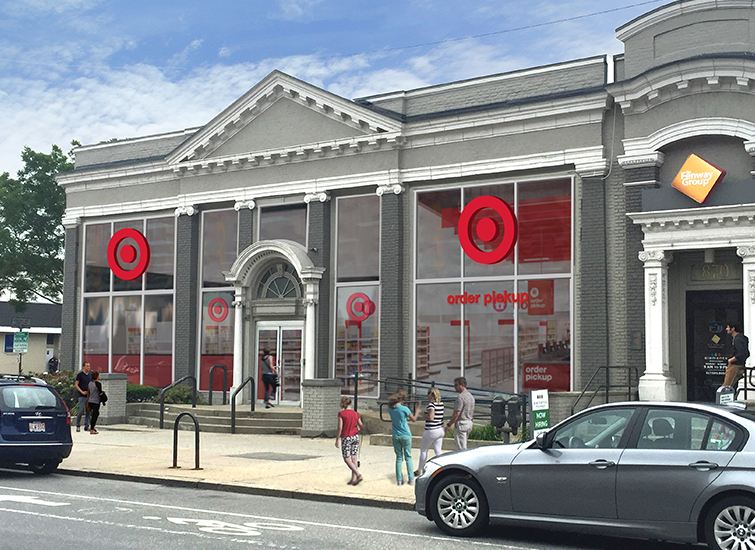 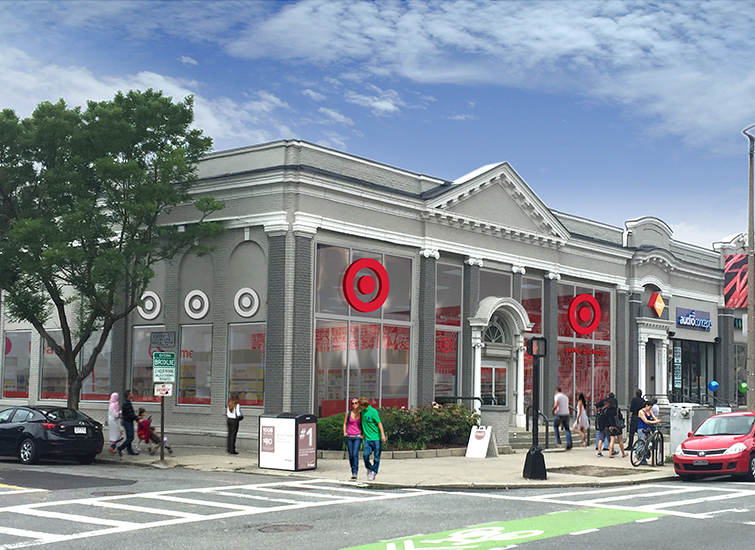 We are thrilled to announce that we have been working with Target Corporation to assist with their roll-out of small-format urban stores in the Northeast region.  In recent months, Target has opened a handful of these new stores in Minneapolis and San Francisco, and they’re now focusing on the northeast states.  What distinguishes these stores from their suburban locations is the community and neighborhood focus.  They’re made for the city, so each location will stock what is needed in the community as opposed to a generic selection of goods. Target’s mastery of omni-channel selling, as well as tailoring the merchandise shelves to the local neighborhood needs are sure to make the smaller concept a hit.

The first of these stores will be at Packard’s Corner, near Boston University.  The structure was originally built early in the 20th century as a car dealership.  Thick concrete floors, theatrically-large columns, and inset wall arches are not normally in Target’s palette, but in this location, we’re refreshing them and letting them shine as part of the store.  And the next stores (locations to be announced soon) will also incorporate the distinctive features from the existing sites.  In fact, every store will be unique.

Our retail team is proud to work with Target on this new concept and we’re looking forward to the challenge of incorporating their brand into the character of the buildings and neighborhoods into which they’re moving.