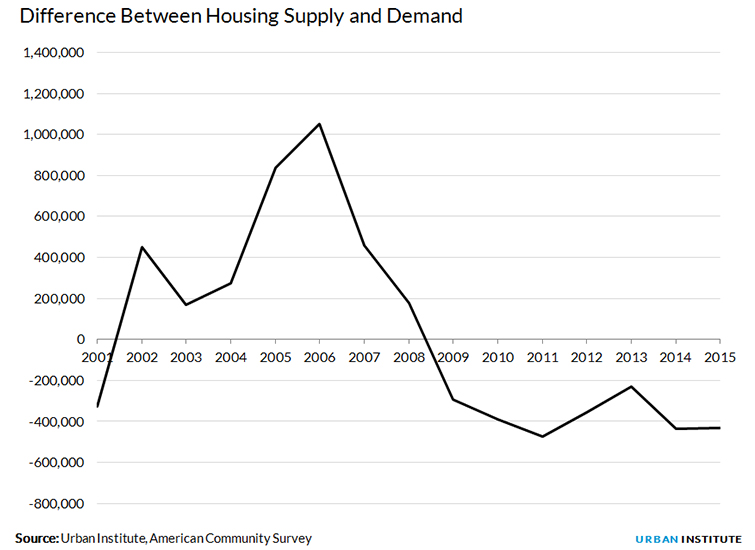 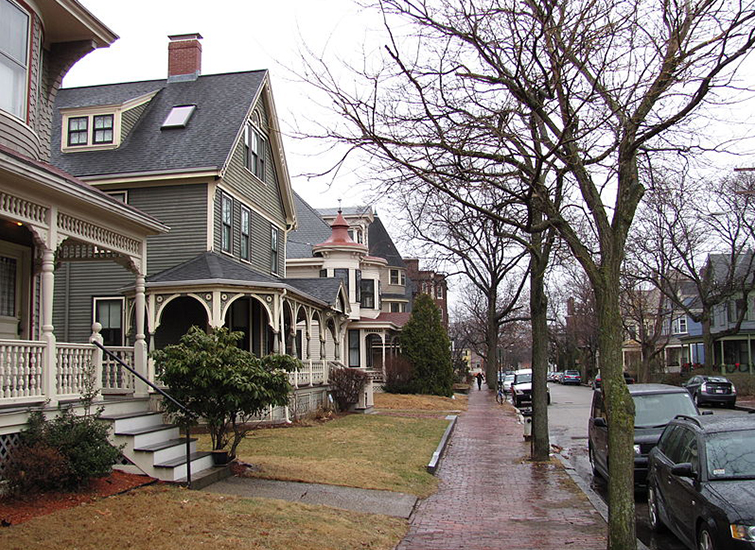 People often talk about moving up the housing ladder. The progression is pretty standard for many; from living with your parents, you move to a college dorm and then your first apartment, maybe pausing at a starter condo before buying a house. But not only is the housing ladder getting harder for many people to climb, it’s also missing some steps. One of the many reasons it’s getting more difficult is because we look at that goal of getting to that house – and never think about what happens next, after our children have moved out, or we want a smaller space.

According to new research from the Urban Institute, more than 1 million new households were created in 2015, but only 620,000 new homes were built. Some of these new households come as young people set up their own homes, more and more of whom are choosing to live in one- and two-person households instead of in larger units. Cities like Boston and Somerville often have as many (or more) housing units than they did 50 years ago, but smaller total populations. That can only mean one thing – we are taking up more space. This is true for me; the house I live in with my wife used to have between four and six people in it when Somerville’s population peaked after WW2.

According to a really interesting report from the Metropolitan Area Planning Council, we don’t really need any more single family housing in the Boston suburban market. What we need are places for smaller, older households to move to within their communities so the single family housing supply that exists will be available for younger families.

But these older households aren’t downsizing, because there are so few options for them within their neighborhoods and towns. To move out of houses that are often too big, maybe too costly, and difficult for them to maintain, they have to leave their friends, support systems, and even families. I know; I’m going through this with my father (who has nowhere to go within the town he’s lived in for over 50 years), and my wife and I just finished moving her grandparents out of the town they’d lived in for almost 70 years.

By having limited options for those who want to join the community, and those who might move if they had a way to stay in their communities, we not only raise housing prices by limiting supply, but we impact our schools with lower enrollment. An aging, less active population has an increased need for public services, and their fixed income means less spending at local businesses, decreasing economic growth. The end result is diminishing revenue and rising local taxes.

Housing must be looked at as an ecosystem – and right now that system is out of balance.  As communities, we need to address the entire cycle, from childhood — to independence — to aging gracefully in our communities (but not necessarily our homes); and we need to create policies that take a comprehensive look at all types of housing. Then we need to start judging all proposed projects by whether they move us in the direction of meeting those community goals.

No single project will be the answer.  But even new, higher end rental housing can move us in the right direction if we build enough of it to take pressure off the rest of our limited housing supply.

Perhaps, if we do that, progress can be made.