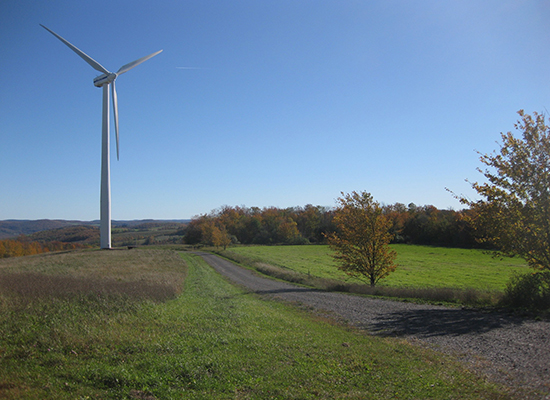 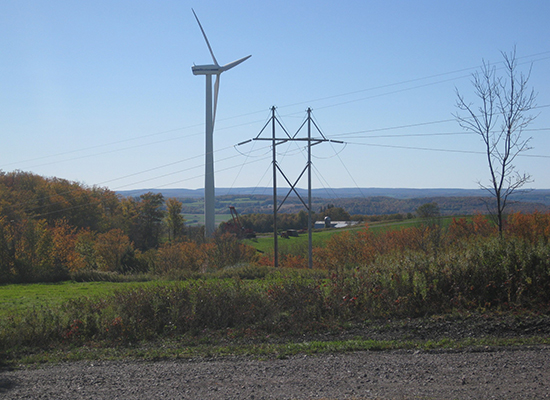 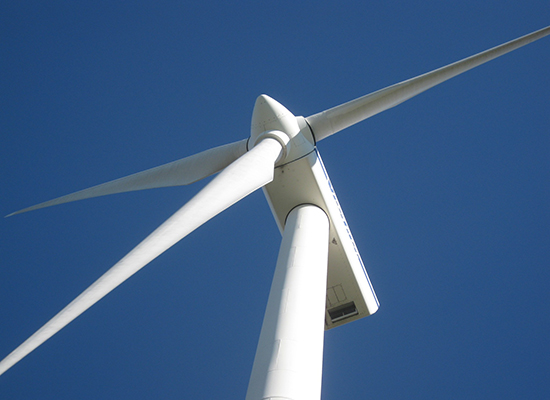 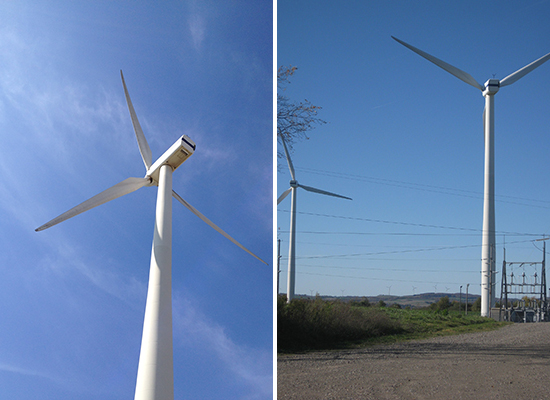 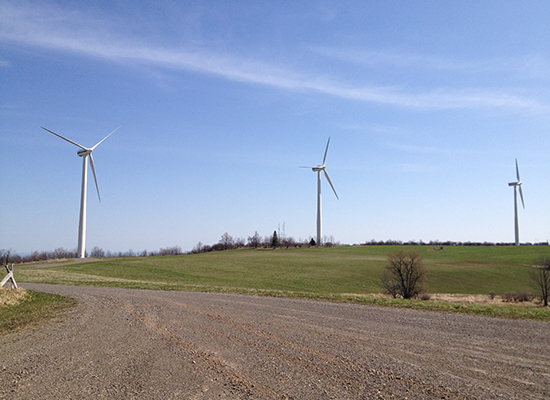 I recently came back from upstate NY and got a chance to revisit my extended family’s windmills. My sister-in-law’s family scaled back their farming over ten years ago and now rent out part of their land for seven windmills. Most of the land around the windmills is still in rotation, so it’s a relatively fluid and symbiotic relationship.

My sister-in-law’s family was the first in the area to bring windmills onto their properties, but today there are over 25 scattered among several properties in the area. The issue has become more contentious in recent  years, with current proposals on the boards to tax owners and landlords of windmills. I don’t disagree that public discussion is warranted, especially now; some of these windmills have been installed for a decade or more, providing a great set of data to help people make informed decisions.

Political discourse aside, the windmills are unbelievably massive once you get up close.  I’m just learning the basics, but as I understand it, they are set up to remain off unless the wind speed reaches a certain minimum point. A small stem on the top acts as a meter; when wind speed reaches the minimum, an electrical kick-start to the turbines gets the blades moving, at which point the wind takes over and the blades begin generating power.

I’d been to visit them several times before, but on the day I took these pictures the wind was pretty tame – only one windmill was spinning, though a second one started and stopped while we were there. Using an iPhone app, we measured the sound at approximately 67 decibels (though the microphone was also picking up the sound of the wind), and I measured the period at three seconds for one full rotation.

The really cool part is seeing them when they are facing one direction, but the meter measures a wind speed perpendicular to their position. The entire top car slowly rotates into the detected wind in order to increase efficiency.

Like any place with high enough winds to capture energy, you also get some pretty amazing views. I hope you enjoy these photos as much as I enjoyed taking them.